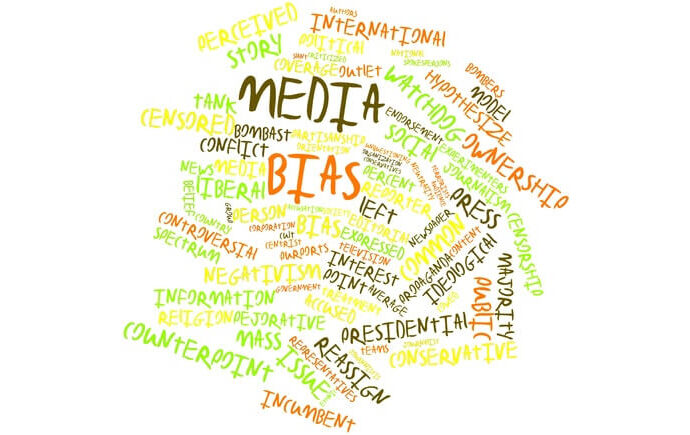 It’s no secret that the Kansas City Star editorial and news pages promote liberal policies and the candidates who espouse them while attacking conservative candidates and policy.  But their editorial pushing a false scientific ‘experiment’ on the efficacy of mask mandates in defense of Democrat Governor Laura Kelly’s administration is a new low.

To be clear, the point here isn’t about whether masks should be worn or the degree to which masks prevent the spread of COVID-19.  It’s about deceiving the public on a serious health and economic issue to further the Star’s political agenda.

The Star said Kansas tested whether mask mandates decrease COVID-19 cases, and declared the results to be ‘clear.’  But they and Democratic Governor Laura Kelly’s administration know there was no scientific study (or ‘experiment’ as KDHE Secretary Dr. Lee Norman called it) conducted.

A scientific study to determine whether mask mandates (not masks, mind you; mask mandates) cause the number of cases to decline would be conducted so that the mandate was the only variable.  In this case, however, each of the 105 counties in his two control groups is wildly different.  In both groups, there are rural counties with low population density, urban counties with high density, counties with many cases and no cases, and counties with and without outbreaks in nursing homes and other isolated clusters, just to name a few.

The use of masks themselves is another huge variable.  A county may have a mandate, but that doesn’t mean everyone in the county complied with the mandate; similarly, a lot of people wore masks in counties that didn’t have a mandate.

The Star cites a chart prepared by the Kelly administration that showed more of a decline in COVID cases per 100,000 population in the counties with mandates than those without.  As the Sentinel reported, the chart was deliberately manipulated to make it appear that counties with mandates had fewer cases, but that wasn’t true.

This short video shows how they manipulated the data to deceive the public.

Local TV and radio stations reported on the attempt to deceive, and also a number of national publications, including the Washington Examiner. Even Principia Scientific, an international community of impartial scientists said KDHE used “faked data to push a mask mandate.” But not the Star.

The Star reported that Governor Kelly’s mask mandate went into effect on July 3 but they didn’t question why her administration began their chart on July 12 in their rush to her defense. But our media arm, The Sentinel, compelled KDHE to produce the data through an Open Records request, which exposed the further depths of their deception.

July 12 was the peak for counties with a mask mandate at about 25 cases per 100,000 population, up from 9 cases on July 3.  The Sentinel asked KDHE why they didn’t start their chart on July 3…or July 10…or July 11…but they didn’t respond. 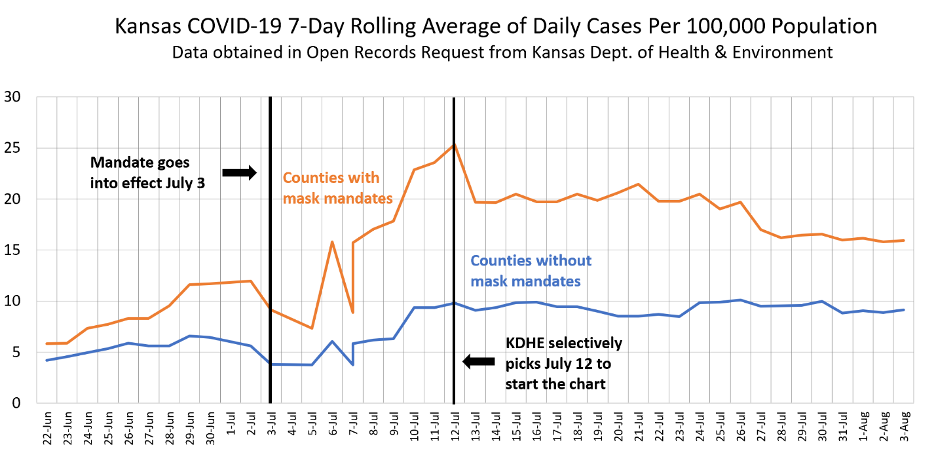 It’s obvious that showing all of the data would raise questions KDHE and the Kelly administration didn’t want to answer, including:

A conservative administration was routinely savaged for doing something the Star found to be misleading.  There are examples of them doing so here, here, and here, with ‘misleading’ in the title of the editorial.

But with a Democrat in office, they turn a blind eye in the news section and push faux science from the editorial page in support of the Kelly administration.

With our nation in turmoil and Americans understandably fearful of COVID, it’s critical that media honestly present the facts and pursue the truth from elected officials, rather than play politics.  Give Americans all the facts and let them think for themselves.