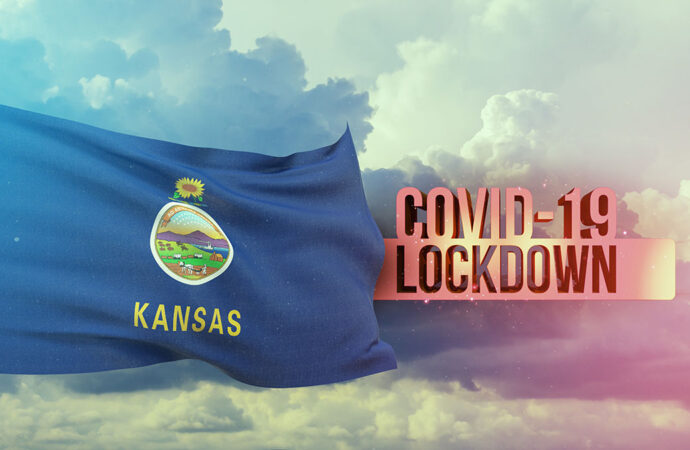 The economic shock of COVID-19 and government actions to “stop the spread” is officially here. Not surprisingly, the verdict is that the U.S. economy fell like a sack of potatoes. In Kansas, economic prosperity shrank by roughly a third. Moreover, state comparisons make it evident that Governor Kelly’s restrictions and lockdown,  intended to preserve our health, made Kansans poorer.

According to the U.S. Bureau of Economic Analysis (BEA), real gross domestic product (Real GDP) decreased in all 50 states and the District of Columbia in the second quarter of 2020. Across all states, the private sector real GDP declined by 33.3%. The Kansas private sector fell right along with the national average at 32.1% as stay-at-home orders and lockdowns contributed to economic decline.  BEA noted the relaxation of such restrictions helped arrest the economic fall.

The decline in second quarter GDP reflected the response to COVID-19, as “stay-at-home” orders issued in March and April were partially lifted in some areas of the country in May and June, and government pandemic assistance payments were distributed to households and businesses. This led to rapid shifts in activity, as businesses and schools continued remote work and consumers and businesses canceled, restricted, or redirected their spending.

In other words, COVID-19 had a sizeable effect on American’s ability to produce and spend. Moreover, lockdowns made economic harm worse.

For Kansas, this creates a unique analysis. Many of Kansas’ regional peers are states that did not implement stay-at-home orders or a lockdown. The Plains region consists of Iowa, Kansas, Minnesota, Missouri, Nebraska, North Dakota, and South Dakota. These states have similar population demographics and density, but wildly different COVID policies. State comparisons within this region, while not conclusive, can strongly suggest which state better balanced the needs to address COVID-19 by limiting economic damage as much as possible.

In the map below, we charted private sector GDP and noted the performance of the Plains states. Kansas ranks the 16th fastest-growing economy nationally, but it is the fourth fastest among its regional peers. However, only no-lockdown states grew faster than Kansas. Iowa had the smallest decline in private sector real GDP, followed by North Dakota and South Dakota. Nebraska, another no-lockdown state, did grow slower than Kansas but only by 0.4 percentage points. 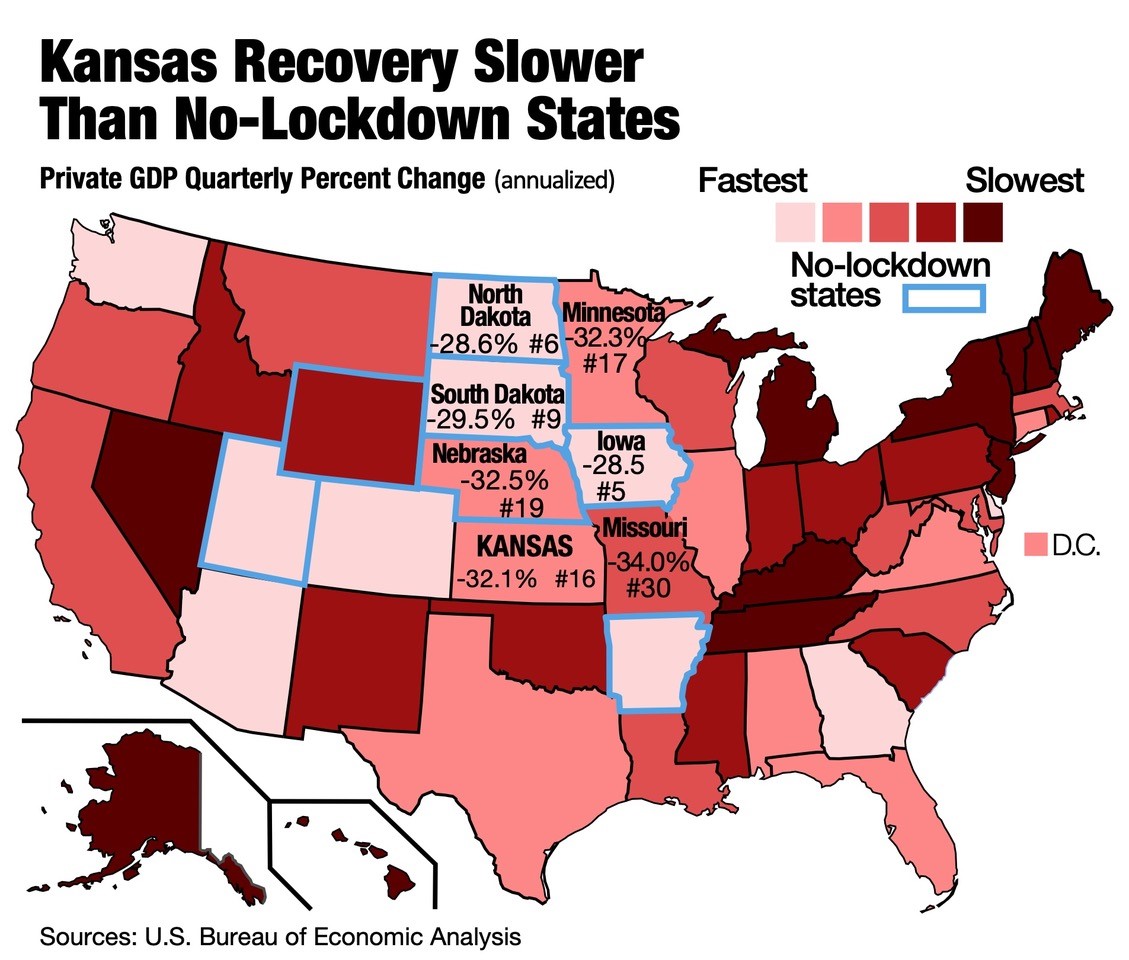 Governor Laura Kelly has repeatedly reminded us that she was the first to close schools and insisted this was done for Kansans’ welfare. However, in her statement to Kansans, she never acknowledged the economic consequences of such an act. Studies show many under state school closures placed burdens on working mothers as many women left their jobs to address their children’s needs. Couple this with the stay-at-home orders and a business lockdown, and it’s an open and shut case that COVID lockdowns and mandates exacerbated economic strife while having little impact on stemming the tide of the virus itself.