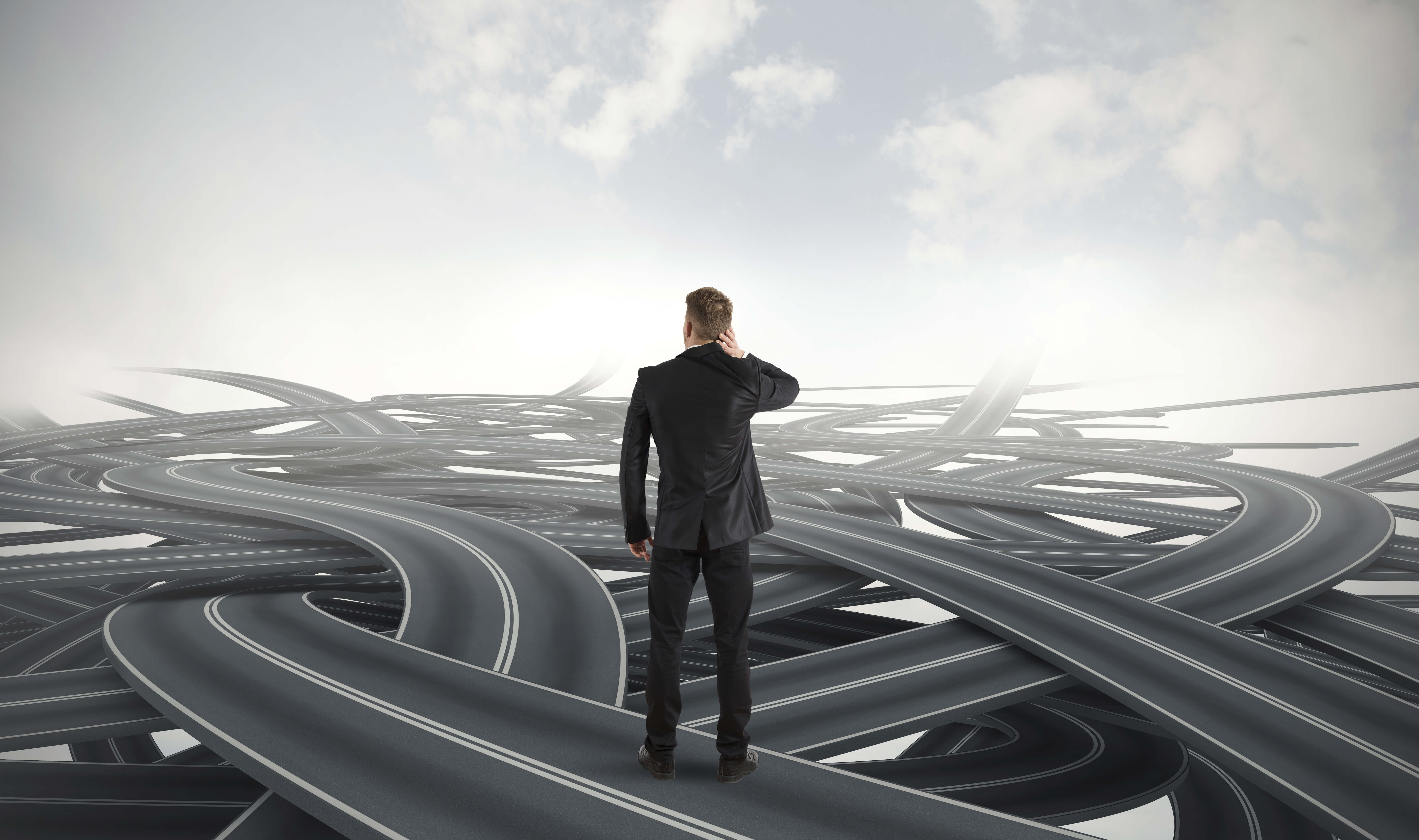 2015 payroll records from the Kansas Turnpike Authority (KTA) raise questions about whether the department is serving its taxpaying consumers efficiently. For one, KTA continues to employ a bevy of highly-paid toll collectors at a time when automated tolling devices are delivering safer, cheaper, and better-flowing travel across the country. Moreover, the agency continues to commit high salaries to secondary, administrative, and non-service functions like marketing and communications that aren’t directly related to facilitating such travel.

The adjacent table  provides a few examples. You can find more here, at KansasOpenGov.Org. 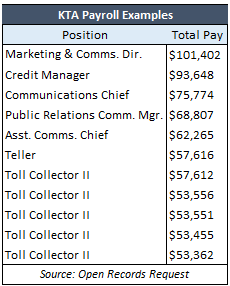 More specifically, consider the taxpayer dollars KTA spends on marketing and public relations—of which staffing and salaries are just two of many considerations. Kansas’ turnpike network enjoys a guaranteed user base because it is—as a practical matter—the only connector of the state’s major population hubs (i.e. the Kansas City Metro, Topeka, and Lawrence) while also being the only means by which out-of-state visitors can travel through Kansas. Two-lane roads and other opportunities for scenic-route drives exist outside of the turnpike, but these are not realistic options for most busy motorists and semi-trucks.

As such, does the network really need to be marketed if it must be used regardless?

A perhaps less obvious problem with spending taxpayer money on marketing and public relations in this context is that such spending competes with other initiatives that could directly improve toll collection and use.

Kansas has begun using electronic toll kiosks along certain routes, but the concept is ripe for expansion in the Sunflower State. It has proven eminently valuable in a host of other states.

Florida, for example, reports savings of $10 million a year using all-electronic tolling along the southern portion of its turnpike. Officials there have also lauded the concept’s positive influence on safety and efficiency via the elimination of “lane driving” and the reduction of “bottlenecks.”

California expects to save $2 million a year over eight years by employing the concept along the Golden Gate Bridge.

Another option for Kansas might be “gate-less tolling,” which relies on electronic tags and/or license plate photo capture. This approach carries cost-savings, efficiency, and safety benefits similar to those of electronic tolling discussed above, but it would decrease the potential for forgone collections.

The approach caught the attention of the Kansas House of Representatives in March as part of legislation that ultimately passed the House. The legislation would have authorized three “gateless tolling” sites in the state: the east terminal outside of Kansas City, the east Topeka terminal, and the terminal located at the Oklahoma border.

These are just a few examples of efficiency measures that have the potential to bring long-term cost savings to Kansas. They epitomize the kinds of solutions legislators and government officials must look toward if they’re serious about delivering the same or better quality public services at better prices to all Kansans.