State Board of Education pulls a ‘Sgt. Schultz’ on critical race theory 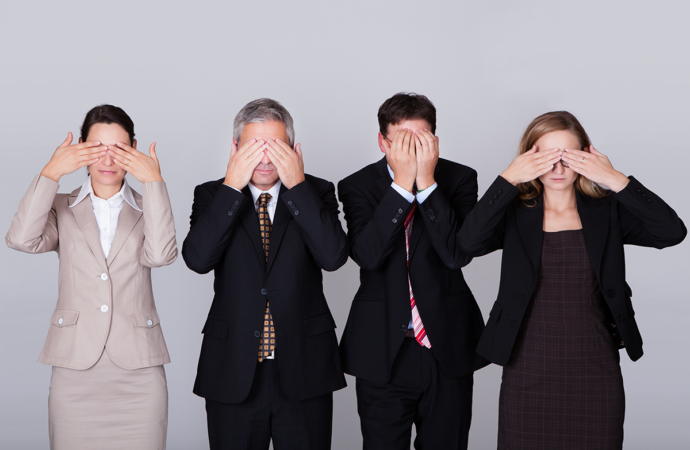 On the old sitcom Hogan’s Heroes, Sgt. Schultz often became aware that the Americans in the German prisoner-of-war camp were secretly running an anti-German operation.  But instead of reporting the violations, he would declare, “I see nothing! I hear nothing!  I know nothing!”

The Kansas State Board of Education and the Kansas Department of Education did the same thing at their July 13 board meeting when they discussed critical race theory.

During the very confusing and contradictory meeting, the members ultimately unanimously adopted a statement as a response to “critical race theory claims.”. Board Chairman Jim Porter began the meeting by stating that “at least three board members” were contacted by an Associated Press reporter asking when critical race theory was going to be on the board’s agenda.

Critical race theory was not on the published agenda, but Porter stated that since the AP reporter’s contacts “three things have happened since then.” The first was this statement put out by the Olathe School Board just the night previous. The second was a statement made by a board member that “no comment is in fact a comment.” Without naming her, Porter implied the quote came from board member Jean Clifford. The third “thing” according to Porter is that he had read “statements from people that (sic) are running for office that are both inaccurate and irresponsible.” He concluded his confusing and fallacious remarks by saying “we (the board) are not going to discuss CRT…and we will not vote on it.”

Porter is known for torturing the truth, by the way.  See here and here for examples.

Were they avoiding having to defend themselves if they had shown the fortitude to put the item on the agenda?  Were they afraid of a packed house? The board should be ashamed for reacting to such a hot topic while avoiding public input and media scrutiny.

It is important to note here the standards/curriculum relationship between SBOE/KSDE and the state’s 286 school districts. The board sets the standards which are to be taught to and the districts select the curriculum used to teach those standards. The districts are free to choose whatever curriculum they want, including critical race theory. Had Watson been intellectually honest, in other words, telling the entire truth, he would have mentioned that districts are free to teach critical race theory if they so choose and the SBOE/KSDE would do nothing to stop it.

Fast forward to the next day, at the very end of the meeting. Seemingly out of nowhere, the board’s response became a topic of discussion and after considerable discussion and one rejected amendment, it passed unanimously.  The verbiage of the statement is cleverly disguised as a stance without actually taking a stance. The text is somewhat confusing in places and incorrect in others.

The second paragraph states “(c)ritical race theory is an advanced and complex concept with roots extending to the 1970s and the examination of how laws and systems promote inequality. CRT is not new. It has existed with little fanfare for more than 40 years.”

I take issue with the claim that critical race theory is “an advanced and complex concept.” On the contrary, at its roots, critical race theory is nothing more than a claim that minorities, in particular black Americans, are inherently oppressed by the white majority.  The Wall Street Journal’s William Golston recently quoted from the writings of the founders of CRT, who said, “Scholarship about race in America can never be written from a distance of detachment or with an attitude of objectivity. . . . Scholarship—the formal production, identification, and organization of what will be called ‘knowledge’—is inevitably political.”  Critical race theory is clearly a political ideology.

It’s also a victim mentality theory at its most basic.  It may be true that at the academic level, critical race theory has its roots in the 1970s, but it is now only surfaced at the public-school level since the publishing of The 1619 Project in the New York Times two years ago.

Then the board’s statement did a sleight-of-hand by claiming “there are some who are conflating CRT with educational equity.” Huh? This is a strawman argument that makes no sense.  In fact, the Kansas public education system perpetuates educational discrimination.

Education officials ignore the large achievement gaps for students of color and low-income students that have existed for decades, and they didn’t use money provided for that purpose as intended.   The Legislature has provided about $5 billion more for at-risk students since 2005, but a 2019 Legislative Post Audit found most of the at-risk funding they reviewed “was used for teachers and programs for all students and did not appear to specifically address at-risk students as required by state law.”

Students are stuck in underperforming districts with virtually no choice in where they go to school. This has led to large achievement gaps, both income-based and race-based. This is the so-called educational equity in which the state board claims to champion. It’s curious, but not surprising that to avoid taking a stance against the racial tyranny of critical race theory, they advocate for the practice of education equity without ever doing anything about it. If they really cared about “educational equity” they get behind efforts to allow students and families more educational choice, and not be a stone wall.

It is clear the State Board of Education is not going to take a stance on teaching critical race theory in Kansas. The board has created a leadership vacuum by passing such a milquetoast statement. As such, they are inviting the legislature to take responsibility and action the board has chosen to avoid.