State school board member should practice what he preaches 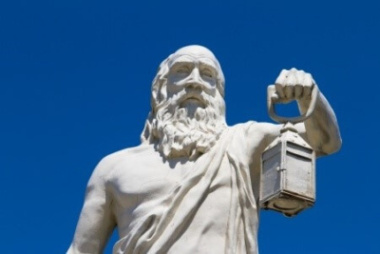 District 9 State School Board member Jim Porter published the following piece outlining what he considers to be deceptive statements about school funding and state taxes.  He urges political leaders to “tell the whole story” but doesn’t practice what he preaches, as we found a dozen deceptive statements in his piece.  His published text follows in black and our reaction is shown in red, with links in the traditional blue.

We are consistently hearing from those political leaders who are resisting what many of us consider to be the adequate funding of education that Schools are receiving more state support than ever and that support is increasing every year.  Typically they say that people need to know the facts.  Well, that is part of the story and although not a false statement it is certainly deceptive.  I will make an attempt to explain the part of the story that they are not telling.

Deception #1 – Special Education Services in many cases are provided by Cooperatives or Interlocals.  Schools contract with these groups to provide quality services collectively that would be very difficult to provide individually.  This is a very efficient way to provide those services.  Until recently special education funds were sent directly to the Cooperative or Interlocal.  However, a few years ago those funds were sent to the local public school and the school then sent those funds to the provider of services.  This was lauded as an increase in public school funding when; in fact, it was the same amount but just laundered through the public schools.  It did increase the budget of the public school but provided no additional funds to that district.

Jim Porter’s Deception #1 – According to an email from Dale Dennis, special ed funding has been provided directly to school districts “for at least 10 years.”  Mr. Porter doesn’t define ‘recently’ but most people would take it to mean within the time frame he references (the Brownback administration) and that clearly is not the case.  Also, Special Ed Co-ops are not separate entities but simply hosted by a school district; as such, money would not have been sent directly to co-ops as he claimed but to the host school district.

Deception #2 – Until recently the state contribution to the Kansas Public Employees Retirement System (KPERS) was sent directly to KPERS.  Now the funds are transferred to the public school account and then transferred to KPERS on the same day.  Again, this was lauded as an increase to public school funding even though it was the same amount of money with just an additional transfer from the State of Kansas to the school to KEPRS.

Jim Porter’s Deception #2 – According to Dale Dennis, KPERS funding was last sent directly to KPERS in 2004; it has since been sent directly to school districts included in reported school funding totals.  Again, Mr. Porter doesn’t define ‘recently’ but most people would take it to mean within the time frame he references (the Brownback administration) and that clearly is not the case.   Mr. Porter also fails to note that per-pupil school funding continues to set records without counting a dollar of KPERS and is 40% above inflation since 1992.

Deception #3 – Until this year when we paid our property taxes to our counties the county sent the schools portion of those taxes to the proper school district. Now those funds are sent to the State and the state then sends those funds to the school.  This looks like a tremendous increase in state funding for schools when, in fact, it is just a redistribution of funds from local to state.

Jim Porter’s Deception #3 – KSDE restated state funding for FY 2014 to account for that transition and showed that there was still an increase.  Mr. Porter makes it sound as though legislators are claiming the property tax transfer as a large increase in state funding, but that isn’t the case.  He also fails to note that the 20 mills mandated by the state should always have been recorded as state aid and that many legislators were not aware that the 20 mills was being recorded as Local aid.

These three deceptions amount to hundreds of millions of dollars that are being advertised as increases in school funding when they are only reclassifications of funds that were already being spent.  Not true.

Some of our political leaders and proud of the fact that a benefit of the block grant is the schools will receive the same amount as they have in the past.  However, because of inconsistent support for the past several years many schools are having to use fund balances to meet current needs.  Those schools that do not have fund balances have to make cuts in services to kids to survive.  Spending fund balances is like an individual using their savings account on their monthly expenses.  Pretty soon the savings account is empty and the obligations continue. School districts are criticized for having fund balances but of the uncertainly of state support, which has become an increasing problem over the past few years, having those fund balances has become necessary for survival.

Jim Porter’s Deception #4 – Schools aren’t criticized for merely having fund balances; every entity needs some degree of reserves.  But schools have far more reserves than their own history shows to be necessary.  If each district retained the same carryover ratio as they had in 2006, they would have started the 2015 school year with $297 million less in reserve.  Dozens of districts routinely operate with less than 10% of their operating costs in reserve, yet 152 of them started last year with more than 15% in reserve (that’s double the reserve percentage that the state is supposed to hold).  Over the last ten years, school boards increased operating cash reserves by $385 million, representing money intended to educate students but instead was put in the bank.

Keeping funding level sounds to some like a positive step, however, even though revenue may be level, expenses are not.  Areas of increased expenses where school have no option include:  Increased cost of insurance (property and casualty, health, etc.), supplies, utilities, increase in number of students, increase and severity of students with special needs among many others.  If revenue remains level and costs increase the only option is to reduce services to children.  Many schools have already reduced the school year, summer school, activities, elective options, field trips and other enrichment activities along with increasing class sizes among other things, and without additional support these reductions will continue to the determent to the school children of Kansas.

Jim Porter’s Deception #5 – citizens and employers have cost increases also, but they must find a way to mitigate cost increases by operating more efficiently.  Local school boards want to inflict tax increases on citizens and employers so districts can continue to operate very inefficiently and hold unnecessarily large cash reserves.  School districts are on record in legislative and other testimony opposing efforts to help them become more efficient, which would make more money available for Instruction.  They testify that they want to be able to spend more than necessary if they choose and expect taxes to be increased on citizens to accommodate their demands.

Another deceptive statement is that Kansas has many thousand new businesses.  With the current tax structure allowing many business to avoid Kansas Income tax completely I would like to propose an alternative theory.  Thousands of Kansas businesses have changed their status so that they qualify under the tax plan and do not have to pay taxes.  Those existing Kansas businesses are listed as new businesses even though they have just changed their status.  The prediction was that there would be about 190,000 businesses in Kansas who would qualify for the income tax exemption; however, the real number is more like 330,000.

Jim Porter’s Deceptions #6, #7, #8 and #9 – Kansas does have thousands more new business entities.  The Kansas Department of Revenue reports that new business filings are of individuals who were not previously registered based on social security numbers.  There is no data to support Mr. Porter’s theory that C Corporations changed their filing status, but there is IRS data showing a significant movement of Adjusted Gross Income from Missouri to Kansas; some of that could account for part of the increase in new business filings.  Business owners with W-2 wage income currently pay Kansas income taxes on those wages and some CPAs advise their clients that they should be declaring W-2 wage income. It should also be noted that 27% of those businesses reported losses for tax year 2014 and another 54% had income below $25,000.  One of the main points of the 2012 tax plan was to encourage small startups by allowing them to keep more working capital to grow their businesses and create more ‘gazelles’ – companies with explosive growth like Garmin and Cobalt Boats.

To make up the difference the tax burden is being placed on the property owner and the consumer.  Sales taxes have increased.  Sales tax is the most regressive tax available as the lower the income the larger percentage of income goes to pay the sales tax.  Political subdivisions like cities, counties, school districts, etc. are having to respond in two ways.  One is to continue to reduce valuable services and the other is to raise the mill levy.  When you receive your tax statement and find that it has increased, that increase is made necessary because 330,000 businesses are getting a pass on the backs of property owners and consumers.

Jim Porter’s Deceptions #10, #11 and #12 – Sales taxes were unnecessarily increased because Democrats and some Republicans refuse to support efficiency measures.  Controlled, efficient spending is the key to having low taxes.  In 2014, the states that tax income spent 48% more per-resident than the states without an income tax; Kansas spent 34% more.  Kansas needs to go from being morbidly inefficient to just grossly inefficient, but legislators in both parties refuse to make the State operate more efficiently.  Cities, counties and school districts could choose to operate more efficiently but they would rather continue to do what they’ve done for years – unnecessarily jack up property taxes and threaten to cut services if they don’t get their way.  And while it is not a matter of ‘right’ or ‘wrong,’ if you believe everyone should pay tax on all of their income, know that government retirees are the original group that is partially exempt from income tax.  Unlike private sector retirees who pay tax on all of their pension or 401(k) retirement income, state and local government employees are never taxed on the pension income funded by taxpayers.

I would urge those political leaders who are bragging about the fact that the “Sun is shining in Kansas” to stop deceptive language and tell the whole story.  There are many great things about living in Kansas but our citizens deserve to know the whole story.

Jim Porter should practice what he preaches.