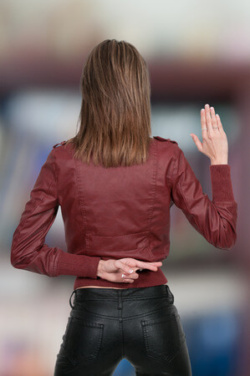 Regardless of who is elected to the 2017 Legislature, January will bring turmoil and major disappointment for many Kansans.  Very few candidates in either party say the structural budget deficit should be resolved by making government efficient, even though Kansas spends 34 percent more per-resident than the states without an income tax and could balance the budget by going from being morbidly inefficient to grossly inefficient.  Many candidates and special interests say Kansas needs to spend a lot more money (the time-honored way to get elected) and many of them at least imply that taxing small business will unlock the spending spree.

You wouldn’t know it from media reports but 71 percent

of the net change in income taxes are benefiting individuals; only 29 percent is attributable to the exemption on pass-through income for small business.  The Kansas Department of Revenue puts the tax impact of that exemption at $211 million using the most current data but estimates the value would now be between $195 million and $200 million since guaranteed payments to those business owners have since become taxable.

LLC tax only puts reserves in the bank

Most candidates promoting big spending increases also say government should be fiscally responsible.  And since the current Legislature and many before it routinely ignored the statutory requirement to maintain minimum reserve levels (7.5 percent of General Fund spending), they surely would want reserves built back up before spending more money.  After all, it’s the lack of reserves that wreaks havoc when revenue estimates are missed, and the media and many candidates rightfully say that shouldn’t happen.

If all goes as planned this fiscal year, Kansas would finish with a $96 million ending balance, which is $375 million less than statutorily required for planned spending.  Funding everything on candidates’ and special interests’ wish list could add another $50 million or so to the requirement, so eliminating the tax exemption on pass-through income (the so-called LLC tax) wouldn’t fund a penny of new spending for at least two years – it would all be needed to meet statutory ending balance requirements.

Since few candidates are calling for government to operate efficiently and re-imposing the LLC tax would be absorbed by ending balance requirements, the only option to fulfill the vote-for-me spending extravaganza is an enormous income tax increase on individuals.  There may be even more that’s been proposed but we’ve already identified $1.25 billion in vote-for-me money.

Technically, the list could be pushed to $1.6 billion but we’re only counting the first year spending request from the Kansas Board of Education.  They proposed a $900 million annual increase at their July board meeting, with $550 million the first year and another $350 million the next year.  KPI scholar David Dorsey reviewed the audio recording of the meeting and found (no surprise) that the seven members pushing the increase had no basis for requesting more money.   Asked where the money could be found to grant their lavish request, Board member Janet Waugh said, “…this can be done if they reinstate that one tax that they cut.”  The only tax that could be ‘reinstated’ is the LLC tax and not even Common Core math says $200 in revenue pays for $900 million in spending.

Kansas Contractors Association and the candidates they support want to stop transferring sales tax revenue from KDOT so there is even more to spend on highways.  This year’s budget has $275.8 million transferred to the General Fund and another $137.3 million used to fund functions elsewhere (K-12 transportation, mental health grants, statehouse debt restructuring and Adjutant General emergency communications).

Rolling back the state sales tax to 6.15 percent would cost $186.7 million but some candidates and special interests want to further reduce the tax on food, so that number would be much higher on some candidates’ wish list.  Medicaid expansion is officially estimated at $44.7 million for FY 2018 but no state’s cost estimates have been even close, so look for the real cost to be much higher even if the Federal government keeps its cost-sharing promises – and even President Obama is doubtful about that.

Hold on to your wallet

Proportionally allocating a $1.25 billion tax increase (each AGI bracket retains its current tax burden) would require a 56 percent tax increase in individuals’ income tax, and it would be much greater for those who also have pass-through income that would be taxed.  This table shows tax year (calendar) amounts for the most current available income and tax liability by Adjusted Gross Income levels.  Fiscal year (July to June) tax receipts are therefore slightly different, so the 2014 tax year liability has been proportionally adjusted upward to fiscal year 2016 individual tax collections to account for income changes since 2014 and avoid overstating the percentage increase in additional tax.

Some legislators are rumored to be working on a “5.5 plan” which may be adding a third tax bracket for the so-called ‘wealthy’ but since no one is forthcoming with their plan, let’s take a look at what a third bracket could mean.  It’s really not productive to assess a ‘millionaires’ tax since less than 2 percent of Kansans have more than $250,000 in adjusted gross income, but let’s say the tax hikers imposed a ‘hundred-thousandaires’ tax to pay for their spending spree.  That definition of ‘tax-the-rich’ would impose an average 93 percent tax increase on say, a teacher and a police officer with combined taxable income over $100,000.

Are the candidates and special interests just not telling citizens about their plan to impose a $1.45 billion tax increase (pass-through plus income tax)?  Or come January, will they say “oops, sorry…didn’t think this through but (insert more platitudes here)”?

You can protect yourself from the January surprise by not accepting any campaign literature unless the candidate / special interest first completes your questionnaire:

If they won’t complete your questionnaire, they either haven’t thought the issues through or they have, and just don’t want to say what they really plan to do.