Sonny and Cher’s The Beat Goes On is the perfect background music for a story about Kansas property taxes, so hit your mental Play button and let’s get started.

Data provided by the Property Valuation Division of the Kansas Department of Revenue shows some shocking property tax increases in 2015 were levied by cities and counties.  The average across all 105 counties was 4.4 percent and the twenty-five largest cities averaged 4.3 percent; inflation actually declined by 0.5 percent in 2015 (Consumer Price Index, Midwest Urban Cities).  Amazingly, 17 counties and 2 cities hit taxpayers with double-digit increases; another 26 counties and 8 cities hiked taxes between 5 and 10 percent. 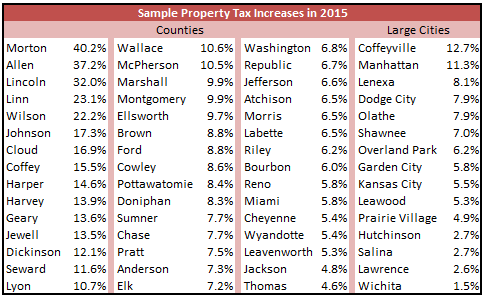 Local government has offered a variety of excuses when confronted with these very large tax increases, but those excuses don’t stand up to scrutiny.

The real reason may be fear that, given the opportunity, citizens will put a stop to these punishing tax increases.  A new law passed last year requires that, beginning in 2018 and with some exceptions, voters must approve any tax increase beyond inflation.  It was clearly a mistake to give local government three years to gouge taxpayers, so legislation has been introduced to allow voting to begin this year.

Cities and counties have introduced legislation that would effectively strip citizens of their right to vote, which means legislators face a telling decision: do they support citizens’ freedom to vote or do they side with government and allow taxes to unnecessarily ratchet upward each year.

Siding with government would not sit well with citizens.  A SurveyUSA poll conducted in December on behalf of Kansas Policy Institute found that 69% of Kansans want the right to vote on property tax increases and 50% believe voting should begin this year.  Support for citizen’s right to vote on property tax increases crosses all geographic and ideological lines and in fact, a majority or plurality of each group wants the right to vote this year.

Citizens’ position is certainly understandable given a long history of tax increases outpacing population and inflation in most situations.  In fact, 67 of the counties that increased property taxes in excess of inflation since 1997 also had population declines!  A few of the more egregious examples follow, and the same information can be found on KansasOpenGov.org; city charts are here and county charts are here. 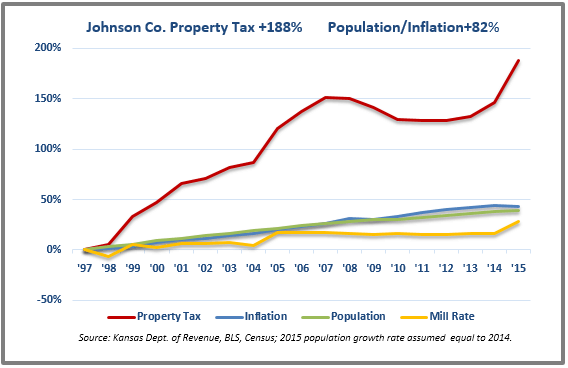 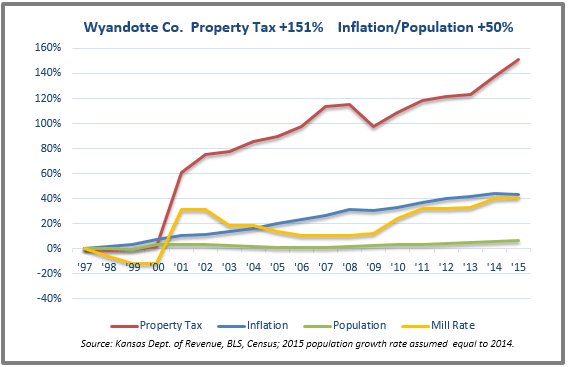 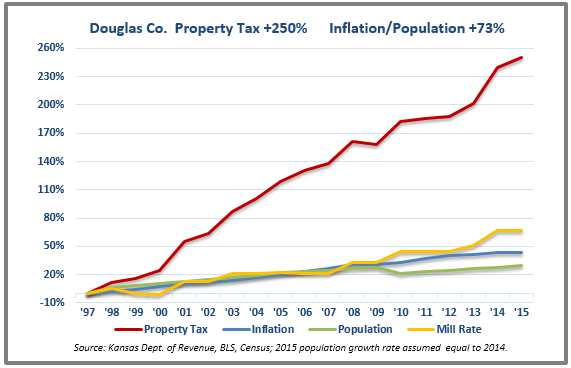 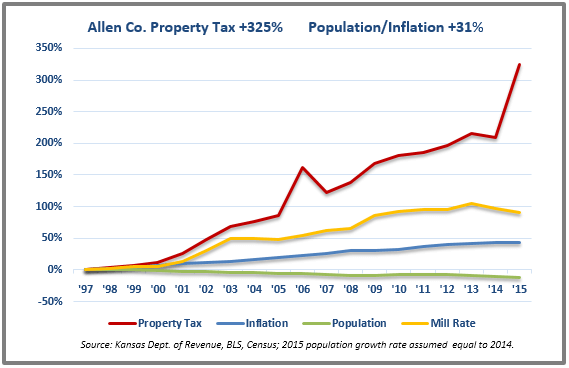 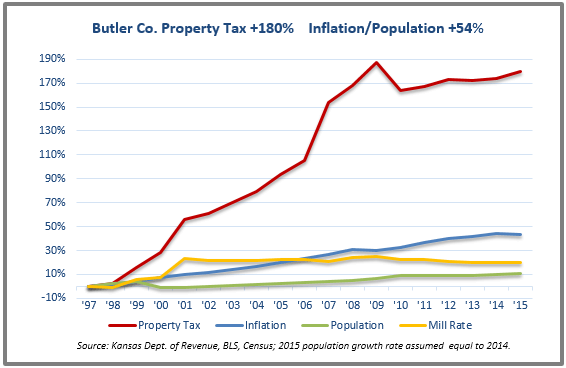 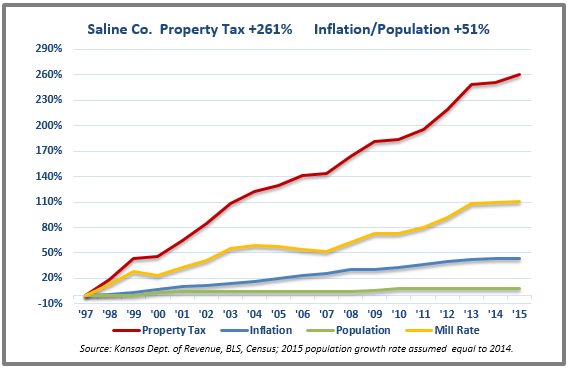 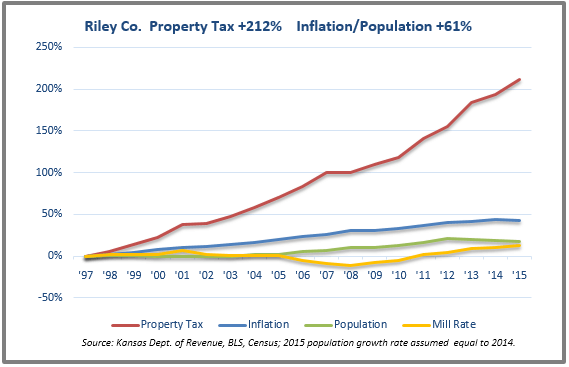 Low tax growth was once the law, uh huh
The lid came off in ‘99, uh huh
Now we’re paying thru the nose, uh huh
People need the right to vote, right now