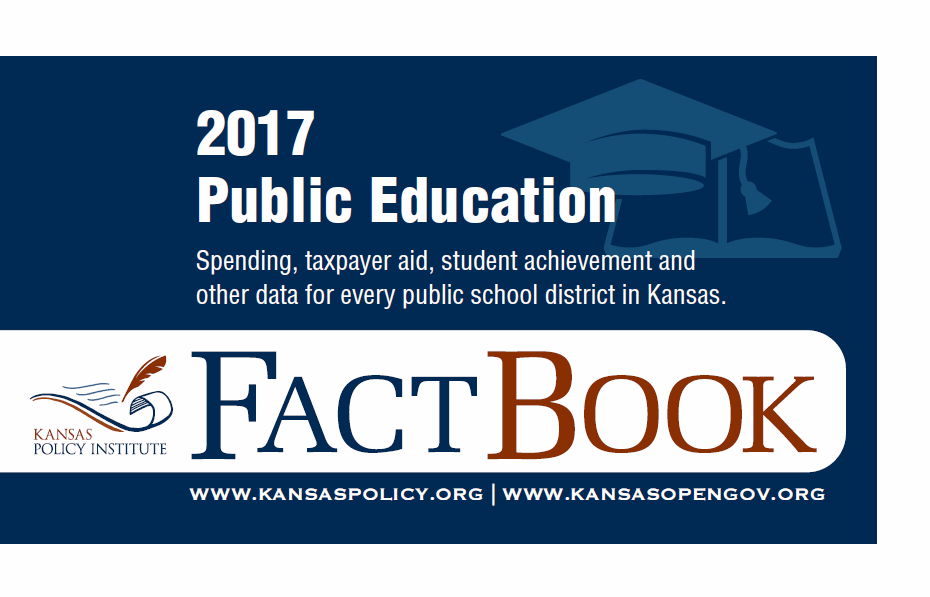 KPI’s fifth annual Public Education Fact Book is a one-stop shop for data on public school information from The Sunflower State. Numerous scientific surveys show that citizens are grossly misinformed on many pertinent facts of public education in Kansas. Aid and spending per-pupil are much higher than many Kansans believe, and student achievement is lower than understood. This fact book series aims to rectify this situation.

Aside from ACT scores, the data in this Fact Book all come from official government sources, including local school
districts, the Kansas Department of Education (KSDE), and the U.S. Department of Education. All data are the most current available and, unless otherwise noted, span through the 2015-2016 academic year. Additional information (including annual historical data) for individual school districts is available on our transparency site, KansasOpenGov.org, and on the KSDE site at ksde.org.


Many Kansas students are doing quite well but thousands of students each year are falling behind, and a false sense of high achievement is a tremendous barrier to getting them the help they need.

Table 17 illustrates that many states get the same or better results while spending less than others. North Carolina, for example, spends considerably less per-pupil than Kansas but gets better results across nearly all the grade, subject, and income groupings shown. At the very least, this indicates that it’s not how much is spent that matters; it’s how the money is spent.

We hope you find this Fact Book useful as you reach your own informed decisions regarding public education in Kansas.