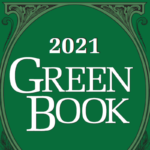 Kansas has some of the highest property taxes in the nation, largely because we are massively over-governed. Kansas has 1,993 general purpose governments – cities, counties, and townships – serving about 2.9 million people.  That works out to 1,461 residents per government entity, whereas the national average is 8,448 per entity, and that’s the third-worst rate in the country.

For perspective, there would be 1,648 fewer cities, counties, and townships at the national average of people per entity.  Here’s another fun way to think of it: Kansas has almost six times the number of cities, counties, and townships than the national average on a per-capita basis.  Kansas is ranked #48 among the states, with only North Dakota and South Dakota being worse.

Kansas is the second-worst state for local government employees per capita (Wyoming is the worst).

We also have excess state government employees per capita. Kansas has 37% more than the national average on this measurement and is ranked #38.

With combined state and local government employment, Kansas is #48 in the nation; only Alaska and Wyoming are worse.

Nebraska is almost as bad – ranked #47 – but every other state in the region has much lower levels of government employees per capita.

Kansas has an average of 1,740 students per district based on Census data for headcount enrollment, less than half the national average of 3,769 students per district.  At the national average, Kansas would have 132 school districts – that’s 154 fewer school districts. Keep in mind, this doesn’t mean fewer school buildings, students, or teachers. It would mean fewer administrators, less overhead, and streamlined operations.

Geography not a factor

Some people try to excuse Kansas being massively over-governed on geography, but that theory is not supported by the facts.

Some states have always had one school district per county.  Hawaii has one district for the entire state.

Kansas has some of the highest effective property tax rates in the nation, and a lot of that is because Kansas is so massively over-governed.  For example, if the average all-in cost (pay plus benefits) is $50,000 for the 38,000 extra local government employees, taxpayers are paying $1.9 billion in extra tax.

These proven solutions would make this state a much more competitive state.  Our 2021 Green Book explores the relationship between the size of government and economic growth, and the takeaway is crystal clear – states that spend less, tax less…and create a lot more jobs.