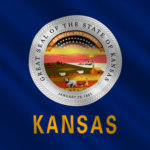 Governor Brownback’s budget proposal for the balance of this year and the coming two years contains a few things that, from a limited government perspective aren’t necessary but all things considered, it’s pretty good.  There are significant efficiency measures included, he continues to avoid expansion of Medicaid through Obamacare – which is especially smart since Obamacare will likely change under the Trump administration – and the state is finally moving toward having a structurally balanced budget.  The State declares the budget to be structurally balanced in FY 2019 (revenues meet or exceed expenditures without non-recurring revenue) but would still would be short of making the actuarially required payments to the state retirement fund as has been the case for more than 20 years.

On the downside, there are tax increases on cigarettes and alcohol, and passive rent and royalty income will be taxed at prevailing individual tax rates beginning in FY 2018; that passive income was not taxed previously as part of the exemption on pass-through income passed in 2012.  Governor Brownback’s budget proposal also included deferring a payment to the state retirement system (KPERS) and continuing the decades-long practice of paying less into KPERS than actuarially required.

Overall, it’s a pragmatic approach but Democrats and many Republicans are already rejecting it because they’d rather see large tax increases so that government can continue to be very inefficient and spending can be increased by upwards of $1 billion.  In fact, some of those who voted against repealing the pass-through exemption last year are pushing for tax increases this year.

Media reports about a $1.1 billion budget deficit over the next 30 months are technically accurate but also very misleading.  State law says 16 percent of sales tax collections are to be transferred to the State Highway Fund, and since the Legislature hasn’t determined whether any sales tax will be transferred back to the General Fund for FY 2018 and FY 2019, the budget profile presumes there will be no transfers back.  But if the Legislature continues to transfer the same amount of sales tax revenue back to the General Fund as in FY 2017, the paper deficit is reduced by $551.6 million over the period.

There are also other transfers out of the General Fund baked into state law, so they are assumed to take place even though the Legislature hasn’t actually made those transfers for many years.  The Local Ad Valorem Tax Reduction (LAVTR) and local revenue sharing transfers, for example, haven’t been made since 2004; these ‘off the top’ unbudgeted transfers should be removed from statute and made subject to the appropriations process to avoid the creation of artificial budget deficits.   The paper deficit is reduced by $199.6 million if transfers not previously approved are removed.

Legislative Research also includes an assumption that K-12 funding will be increased by $131 million over the period, which isn’t necessary given that schools started this year with $911 million in unencumbered cash reserves, most of which represents unspent aid from prior years.  Adjusting for transfers and the assumed increase in school funding, the deficit is only $221.8 million.

Governor Brownback’s budget proposal would implement two school spending recommendations made in the Alvarez and Marsal state efficiency study conducted last year.  All school district employees would get their health insurance through the State medical insurance pool rather than have 286 districts each negotiate their own deals.  Separately, the State would negotiate bulk purchasing deals for certain commodities and services.  The total savings of $136.2 million for FY 2018 and FY 2019 allows for a reduction in state aid with offsetting cost reductions for school districts.

The State is also implementing a Performance-Based Budgeting system that should identify other significant savings when completed next year.  No estimates of those savings are included in the Governor Brownback’s budget proposal but they could be used in place of the above-mentioned tax increases.

While the General Fund gets all the media attention, one of the dirty little secrets about government finance is that idle cash is often tucked away elsewhere.  Kansas has $317 million in idle funds – money appropriated to agencies in prior years but not spent.  The Governor’s budget proposal would transfer that money to the General Fund to close most of this year’s deficit and return the money to the idle cash fund over the next seven years.

The Governor also proposes to ‘securitize’ tobacco settlement funds by selling bonds to investors, getting a large upfront payment and much smaller annual payments (or getting an even greater upfront payment and no annual payments).  In addition to the obvious cash flow advantage, securitization is not seen as debt to the state and it could be done so that all the risk is transferred to investors.  Annual payments under the Master Settlement Agreement with tobacco companies vary with annual cigarette consumption and securitization could protect Kansas from future declines in those annual payments.   More than 20 states have taken this approach according to the Kansas Budget office.