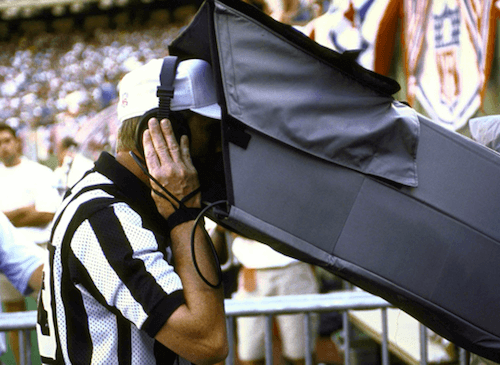 When it comes to economic development, the government should act as a referee; leveling the playing field. However in reality, instead of businesses focusing on scoring points, they devote increasingly more energy asking the referee to give them a boost. If this happened in the Superbowl it would make the game near-unwatchable. Yet, it’s happening in Kansas. Sales Tax Anticipation Revenue (STAR) Bonds tilt business deals closer towards cronyism, undermines competition, and makes all Kansans worse off. They should expire.

Here’s how STAR Bonds work. A city issues a bond but gives the proceeds to an outside company to develop commercial, recreational, and tourism areas. The city then forgoes the area’s sales tax for general use and instead uses it to pay back the bond. After running for 20 years, the authorization for these STAR Bonds, overseen by the Kansas Department of Commerce, is set to expire this year. It should.

The original goal of STAR Bonds is to promote tourism and retail activity in Kansas. By that measure, Kansas should be overperforming the national average in this metric. Data from the U.S. Bureau of Economic Analysis detail selected personal consumption expenditures for Kansas and the national average.  The following consumption categories were selected 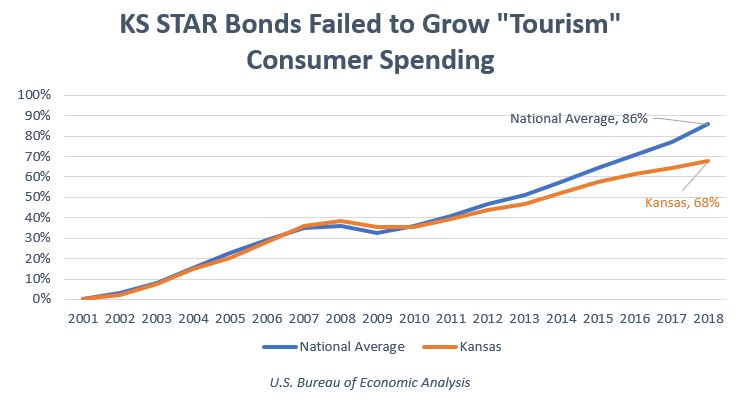 Despite STAR Bonds in use for 20 years, consumption in “tourist” economic sectors has never moved above the national average. Sadly, in the last ten years, Kansas has fallen from the average of other states. By 2018, “tourist shopping” is 20 percentage points below where it should be. To make matters worse, many of the Kansas Department of Commerce’s proposals will exacerbate STAR Bond’s issues.

One proposal adds business offices and hospitals to the list of eligible STAR Bond projects. Remember, STAR Bonds are funded via sales tax – something not a factor in a hospital or office buildings. Expanding STAR Bonds to an entirely new class of development all-but ensures more jockeying for the government’s favor.

Another proposal gives the Secretary of Commerce the ability to create pre-approved lists of consultants and economic impact methods. Under the current STAR Bond plan, developers must prove the STAR Bond plan is a good use of taxpayer dollars. However, the proposal to insert the opinion of government bureaucrats before any feasibility report is a recipe for disaster. Some may argue giving the government more control over studies streamlines the process for STAR Bond projects.  However, it can also virtually rubber stamp STAR Bond plans if there are good ribbon-cutting optics. These provisions will likely turn risky private ventures into a long-term taxpayer-funded burden.

What ultimately is at issue here is rather straightforward. STAR Bonds make it increasingly attractive for select businesses to focus their efforts on lobbying government instead of serving Kansans. The late Nobel laureate William Baumol theorized that entrepreneurial efforts fall into “productive” and “unproductive” endeavors. In other words, is it better to focus on scoring points, or petitioning the referee for 5 downs instead of 4? Incentives that encourage more businesses to secure public dollars instead of focusing on breakthrough innovations can be damaging to the economy.

A higher focus on the unproductive side of the business is likely the culprit for decreased economic growth and productivity.  STAR Bonds effectively tax Kansans & businesses and give the dollars to a select few firms with size & political clout. Primarily, every company in the town contributes to its potential harm by funding its competition. STAR Bonds encourage unproductive business decisions keeping Kansas’ prosperity from reaching its potential.

This isn’t an argument of, “We shouldn’t bring business to Kansas and help them thrive”. Quite the opposite, a successful economy is one where businesses of any size and age make plenty of profit. However, that profit should come from valued goods and services to consumers, not because of a contract with taxpayer dollars.

Government intervention makes it easier for businesses to become lazy, lacking innovation and customer-focus. It’s understood how Kansas’ economic potential is hindered when the government imposes high taxes or excessive regulation. It’s time policymakers realize the ”Good Ol’ boys” system of economic development is just as detrimental to the economy.