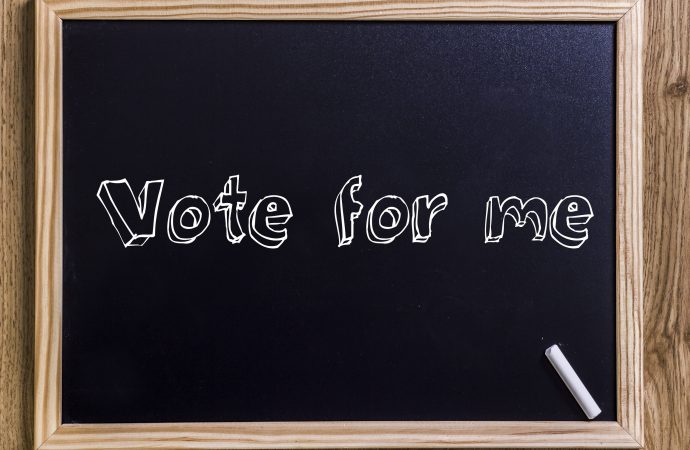 The Kansas Constitution says the Legislature “…shall make suitable provision for finance of the educational interests of the state.”  There’s considerable disagreement over whether ‘suitable’ means an amount of money or just a system of finance, but we should be able to agree on the purpose of school funding.  The purpose is not to spend money but to educate students.

Unfortunately, courts and many state and local elected officials have become opportunists.  They see this ever-growing school finance money as a means to a different end: power.

The judiciary was apoplectic over the legislature’s attempt to interfere with its constitutional authority in Solomon v. State of Kansas.  The Kansas Supreme Court said government is divided into three distinct and independent branches, and that “…it is the duty of each to abstain from, and to oppose, encroachments on either.”  The judiciary professes to believe in separation of powers but its animus toward the legislative and executive branches is more akin to a quote from George Orwell’s Animal Farm:  “All animals are equal, but some animals are more equal than others.”

The Supreme Court’s 1994 ruling in USD 229 vs. State of Kansas declared that ‘suitable provision for finance’ in the Kansas constitution does not refer to a level of funding.  The current justices, however, believe they can tell legislators how much to spend even though the constitution allows only the legislature to appropriate money.  The court ordered funding be increased by $853 million in 2005 and its ‘Goldilocks’ approach now (keep rejecting more money until it’s just right) isn’t fooling anyone.  Last year the court rejected a $293 million increase in Gannon v. State of Kansas and most recently rejected another increase that would bring the total to $854 million; the Kansas Department of Education says another $364 million is needed to placate the court.

This group of Supremes has also (twice) ordered the Legislature to pass legislation by specific dates and, while state law prohibits courts from closing schools, the court has threatened to do so unless its demands are met.

The court’s initial Gannon ruling in 2014 created a glimmer of hope for the state’s educational interests, declaring that adequacy is met when funding is reasonably calculated so that students can meeting certain standards (rather than the amount of Base State Aid Per Pupil).  But that was with a much more conservative legislature; the 2016 election produced the most left-leaning legislature in recent history and now the gang-of-seven is back to the BSAPP litmus test.  The only pretense of ‘educational interests’ is a farcical claim, put forth by school attorneys and lobbyists, that spending more money magically causes achievement levels to improve.

Sadly, the legislative and executive branches have been complicit (although not each individual member, to be sure.)  The court’s territory-marking has been endorsed by some legislators and the executive branch responses, while sometimes expressing disappointment, have enabled the court’s bad behavior.  After the court rejected an honest attempt to satisfy the court’s ‘reasonably-calculated’ test, the Legislature capitulated this year, offering up a “Montoy safe harbor” proposal that increased funding by effectively going back to the Base State Aid levels ‘negotiated’ with the court (like Don Corleone negotiated) in settling Montoy in 2006, plus a few other tokens.

Eyes wide open, all parties involved thereby threw students and the state’s educational interests under the proverbial bus.  Base State Aid under Montoy was not calculated with any outcomes in mind; its origin was an Augenblick & Myers cost study that all parties know was deliberately skewed by the authors to produce inflated numbers.

Some signing on to the capitulation plan cling to an emperor’s-new-clothes view that the new formula has strong accountability measures, but that’s sadly not true.  Since 2005, local school boards have diverted about $400 million in state and local aid to increase cash reserves but legislators won’t even discuss recommendations to use that cash to educate students.  Attempts to require districts to be efficiently organized and operated also fell on deaf ears.

Most importantly, there’s no consequence for failure to improve achievement levels at the building level.  If anything, failure to improve becomes the basis for the next lawsuit (‘see, kids still aren’t educated, so we must be a billion or two short.)

It’s all about elections

Why, after all these years fighting Gannon and knowing that achievement levels are basically flat despite billions more being spent over the years, would so many in the executive and legislative branches surrender to the seven bullies?  Economist Thomas Sowell explains.  He said, “No one will really understand politics until they understand that politicians are not trying to solve our problems.  They are trying to solve their own problems — of which getting elected and re-elected are No. 1 and No. 2.  Whatever is No. 3 is far behind.”

The education lobby (including unions, union-supported organizations, school boards, superintendents and other officials) is very active in the election process and generally has the backing of media.  They can be defeated but that takes courage and a willingness to lose an election.  So the campaign trail is crowded with people running for state and local office proclaiming variations of ‘it’s all about the kids’ but for many of them, it’s really about solving problems No. 1 and No. 2.  Meeting the educational interests of Kansas requires people who will prevent courts from setting funding levels and who will hold schools accountable for improving student achievement.  In other words, the interests of the adults in the system will (finally) have to take a back seat to the interests of students.