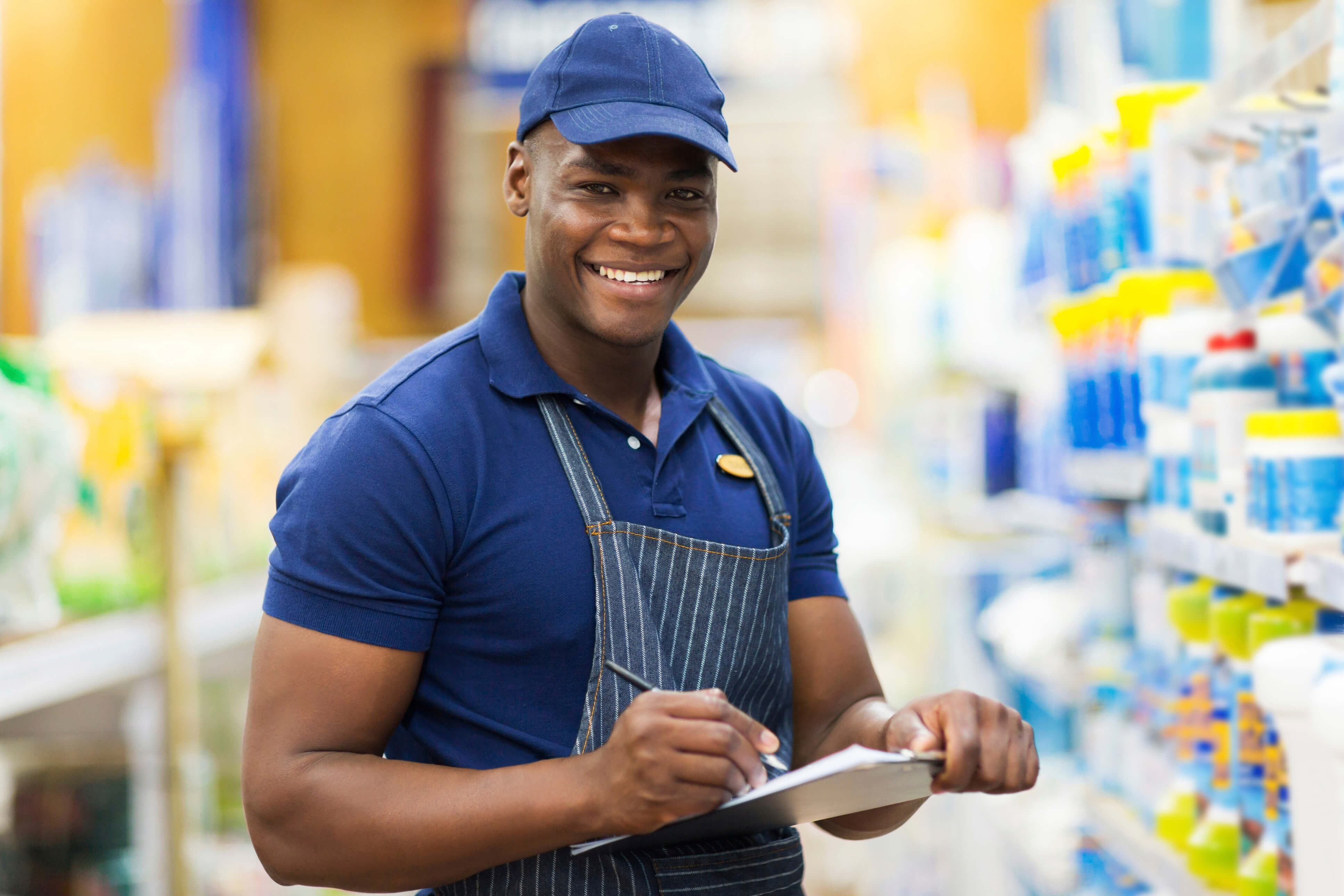 Taxpayer-funded programs that combat poverty should operate in ways that create a pathway to economic independence. As such, welfare reforms, like the Hope Act and other efforts, truly benefitted low-income Kansans by encouraging work and lowering poverty rates. Increasing handouts, in contrast, trapped more Kansans into government dependency, stifling their potential success and self-reliance. Kansas policymakers understood that lesson in 2013, and they shouldn’t forget today.

Kansas implemented reforms in three legislative sessions, 2013, 2015, and 2016. Perhaps the most critical welfare reform was the Hope Act. The act applied work requirements to non-disabled adults receiving welfare assistance. When discussing welfare policy, it is essential to clarify who the recipients of the aid are. It’s also important to acknowledge that the government does play a vital role in coming alongside those who cannot physically or mentally support themselves. For those who can, the best government can do is to encourage re-engagement with society, to find work.

Skeptics may deny this role and argue that Kansas welfare changes produced more harm than good. While they will point to the number of Kansans taken off of welfare rolls, they usually ignore the fact that Kansas poverty rate dropped three percentage points over four years. Also, for the most-downtrodden Kansans, typically single mothers or adults with no children, poverty declined dramatically. 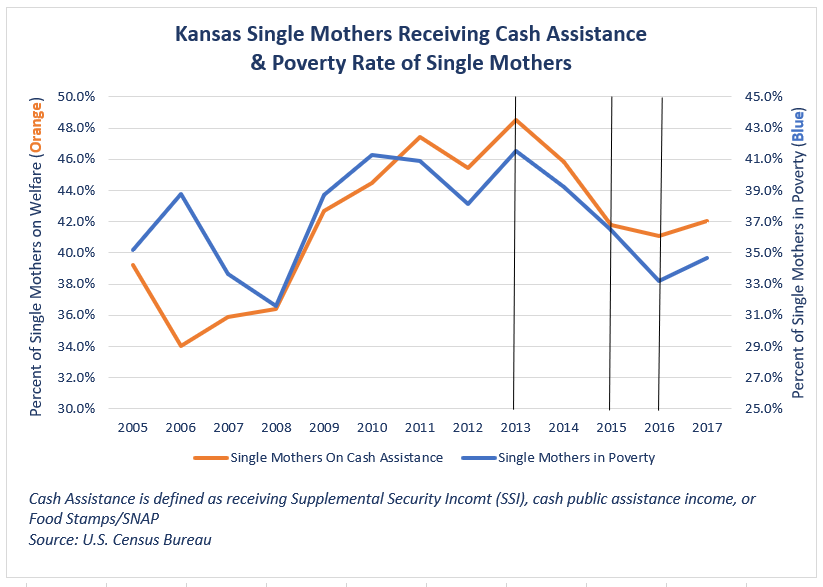 The sharp decline five years removed from the end of the recession seems remarkable. It suggests the reversal wasn’t strongly associated with a growing economy but with policy changes. Cash assistance for single mothers is no longer at peak levels, though still high. However, it is difficult to deny the fact that the poverty rate has returned to pre-2008. A lower poverty rate is a good thing. These changes also reinforce that the point of the Hope act and other anti-poverty programs is to encourage self-sufficiency, not make recipients dependent on a government check. 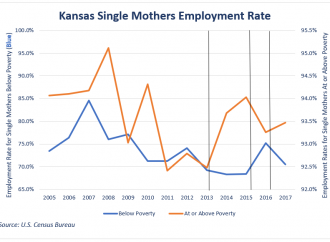 From 2007 to 2013, employment rates were falling for poverty-stricken single mothers by an average of 1 percent a year. After 2013, they virtually stopped falling. For single mothers at the poverty line or above it, their employment rebounded after welfare reforms. Taken together, this means more single mothers found jobs; stepping higher up on the economic ladder than if they remained stuck on government assistance. 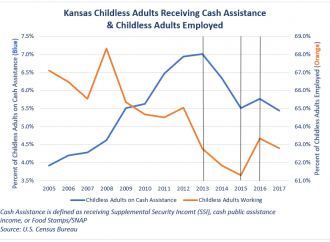 The adjacent chart outlines the poverty and employment for non-disabled childless adults. Enforced work requirements and strengthened time limits on cash assistance reduced the adults on welfare by 1.5% or 10,000 Kansans in two years. More importantly, reducing welfare rolls, the employment rate of childless adults stopped free-falling and rose two percentage points from 2015 to 2016.

Encouraging work – for lack of a better term – works. It worked at the federal level, and efforts like the Hope Act worked in Kansas. Let’s not forget, there are 49,640 Kansas job vacancies, with a near record low unemployment rate. There are ample opportunities for Kansans to achieve independence and find the dignity of work without long-term assistance from the state. The policy decisions made in 2013, 2015, and 2016 are working to reduce poverty and should be continued, not eroded.