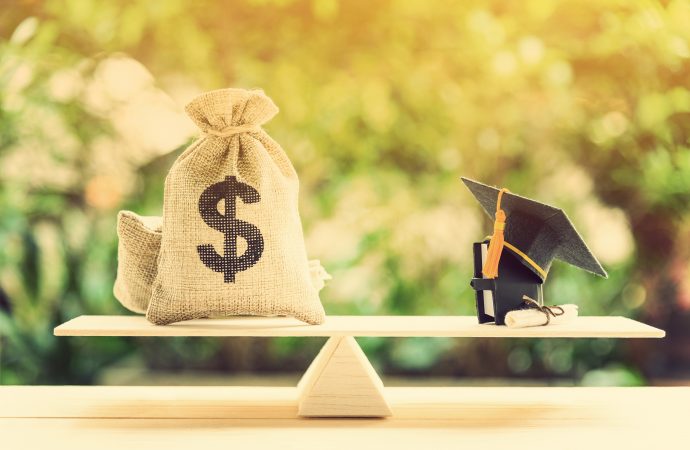 With school spending and student achievement going in opposite directions, Kansas has one of the worst productivity rankings (bang for the education buck) in the nation.

A dollar spent in Kansas buys a lot more than a dollar in New York or California, so we adjust spending for comparison to other states using the Missouri Economic Research and Information Center (MERIC) cost of living index.

Low ‘bang for the education buck’ in Kansas

Kansas has high national rankings on spending, but achievement on the 2022 National Assessment of Educational Progress – the gold standard of comparing states – is below the national average.  Kansas’ composite score of 243 for the eight main measurements (4th grade and 8th grade reading and math for low-income students and everyone else), whereas the national average is 246.

We can measure each state’s relative productivity – what some might call ‘bang for the buck’ – by dividing per-student spending by the NAEP score to find the cost per point scored.

With COL-adjusted spending at $17,502 per student, Kansas is spending $72 per NAEP point.  That’s worse than the national average of $66 per point and places Kansas at #38 on the productivity ranking. 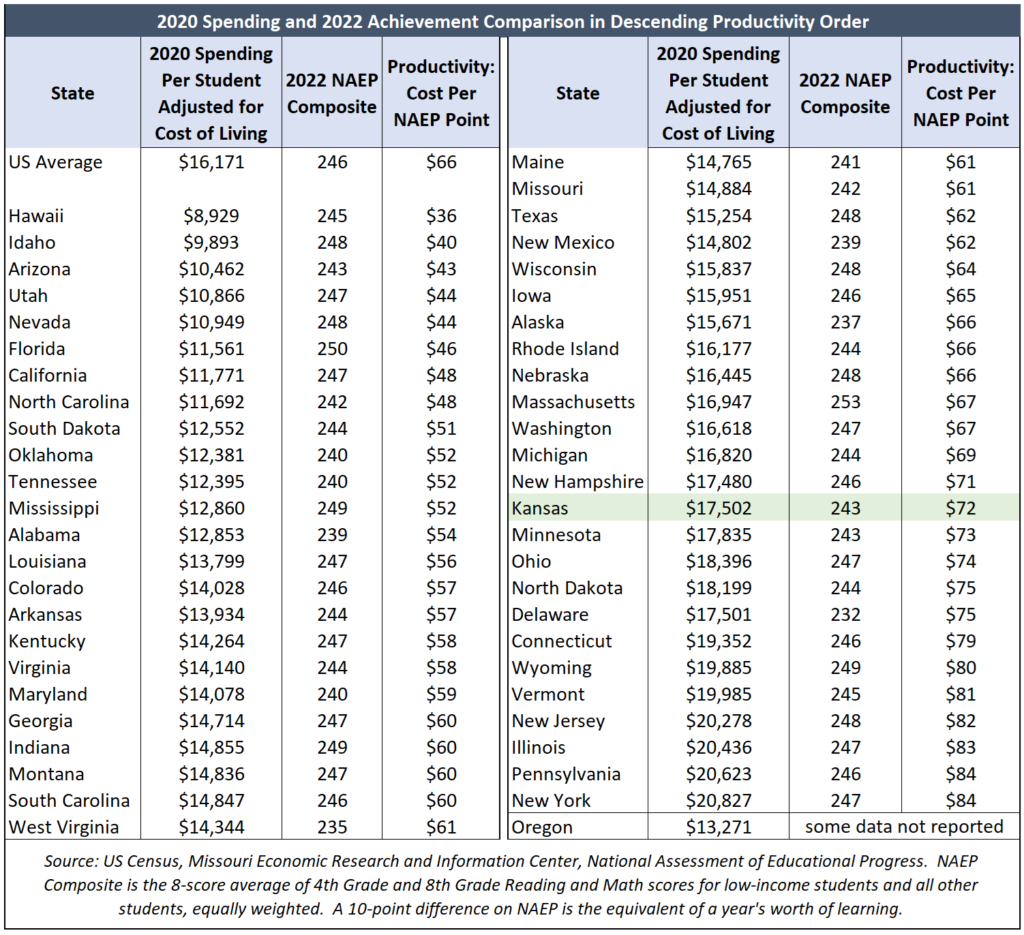 Once again, the data disproves the education lobby’s claim that spending more money is the key to having better achievement.  For example, 26 states have the same or better NAEP composite as Kansas but spend less per student.

The Kansas Association of School Boards claims the state’s public school system is in the top ten for achievement, but that’s never been true. Kansas’ NAEP proficiency rankings range from #20 to #44, and ACT demographic scores are in the mid-30s.

Unfortunately, the public education system will not take corrective action.

As we explained in our new book, Giving Kids a Fighting Chance with School Choice, the Kansas public education system – management, not teachers – prioritizes the institutional interests of the system over student needs.  The book tells one story after another of education officials consciously deceiving parents and legislators…de-emphasizing academic improvement…and even ignoring state laws designed to improve achievement.

That’s why nothing will change until parents put enough pressure on the Legislature and the Governor to pass money-follow-the-child legislation so every parent can send their children to the school that they believe is best for them.