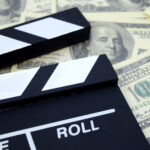 Last week, Kansas’s Senate Commerce Committee heard arguments for $12 million in film incentives and credits to attract movie producers to Kansas. However, film subsidies would be another weak and wasteful component of Kansas’s somewhat performative reliance on corporate handouts.

Across the 40 states which offer film incentives, none of them have seen more than 30 cents returned for every dollar invested – Connecticut saw only 7 cents of return from every taxpayer dollar put in. These small returns aren’t worth the investment and take money away from providing core government functions. Of Georgia’s $5 billion in film subsidies, 88% of the film tax credits went to non-Georgia companies and 53% of the labor income went to workers from outside of the state. These awful results make claims like those of filmmakers in Alberta, Canada that film subsidies have a ten-fold return on economic activity even more laughable.

In 2011, the initial state to enact film credits, Louisiana, spent more money on film incentives for “Green Lantern” than it gave to the University of New Orleans. And trust me, if you’ve seen that movie, it was not worth a penny. Because of no caps on spending, Georgia’s Film Tax Credit ballooned to an estimated cost in FY 2023 of over $1 billion, but at the same time operating under a loss of 90 cents per dollar. States like New York that cap their credits still see money dry up quickly with no significant economic impact.

Transparency also becomes an issue. 14 out of 29 film production programs across the country did not even disclose the recipients of the incentives. Those that did usually only provided the names of recipients and some basic job data, but nothing about the nature of those jobs or the companies involved.

Taxpayer cash should stay in the wallets of Kansas families instead of going to movie studios and the executives looking to cut costs around their next blockbuster. There are fundamental economic reasons why film subsidies are largely unsuccessful. While Kansas could serve as a beautiful setting for certain films lush with farmland or that “Great Plains” feel, it’s unrealistic to believe that the state could adequately compete with historic centers of film like Hollywood or New York with billions of dollars of entrenched capital. And even if a project lands in the state, it’s usually temporary with studios bringing in their own professionals from out-of-state instead of training and hiring Kansans for long-term, high-paying positions.

Film subsidies are as ineffective and questionable as the other subsidies Kansas leans on. The Panasonic megaproject in Johnson County that may receive over $1 billion in subsidies has no wage or hiring requirements, indefinite nondisclosure agreements, and confidential investment details and may generate 4,000 jobs – that’s a fraction of a percent of the total jobs in the state. Shawnee County’s Choose Topeka subsidy to attract workers costs $5,000 to $15,000 per person, but the county lost 17 times as many workers as the relocation subsidy has brought in between 2019 and 2021.  Large business subsidies contribute to Kansas’ highest effective tax rates on mature businesses. These subsidies haven’t corrected Kansas’ 6th worst rate of private job creation in the country.

Bringing more companies to Kansas – be it aspiring filmmakers, small businesses, or anyone in between – is more than one-off subsidies to bring them here. It’s about keeping Kansas affordable and burdenless by minimizing the weight of taxes on people and their businesses.