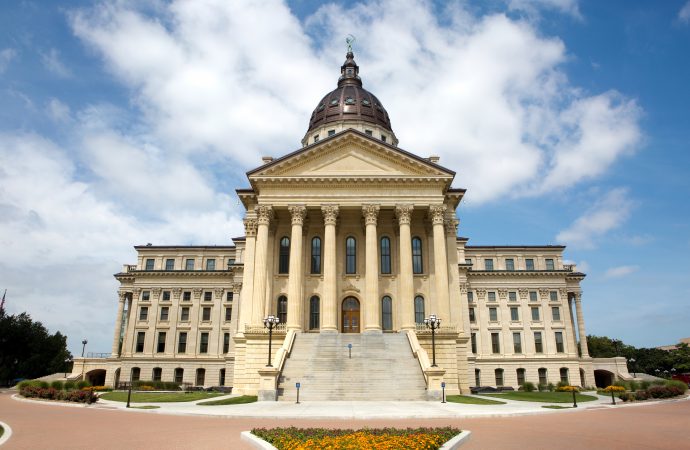 Shawnee County residents have paid a maximum of $900,000 since 2019 for the Choose Topeka program incentivizing 70 workers thus far to move to the area. But between 2019 and 2021, Shawnee County lost 1,182 residents through net domestic migration – that’s almost 17 times as many workers as the relocation subsidy has brought in.

Choose Topeka is a financial incentive administered through the Joint Economic Development Organization of Topeka and Shawnee County. Since its inception in 2019, a half-cent sales tax across Shawnee County has financed about $300,000 annually in financial incentives for people to move to the Topeka area. Depending on whether the relocation subsidy recipient is renting or purchasing a home and working in-person or remote, the incentives can vary from $5,000 to $15,000 per person.

Since 2019, 70 people have been given incentives and moved to the area. Assuming that the full cap of $300,000 has been spent each fiscal year, then each person has received an average of $12,857 from $900,000 in taxpayer-funded incentives. That’s money taken from local taxpayers to give away to someone else.

Relocation subsidies similar to Choose Topeka have also raised fiscal question marks across the country. An audit of a statewide program in Vermont to pay people to move to the state could not determine whether residents moved to the state because of the incentive or because of other reasons, such as family commitments. A largely privately-funded experiment in Tulsa to bring in remote workers has led to issues like gentrification as high-tech jobs are being paid to move into the area at the expense of the people already there. It doesn’t make sense to have poorer residents pay the bill for wealthier people to move to their area.

There are many ways to attract new residents to Shawnee County while at the same time making current families want to stay there. Instead of taking money from taxpayers to give to other taxpayers, elected officials can reduce the cost of government and let people keep more of their own money.  In other words, remove the barriers that make the city too expensive instead of making the problem worse for everyone paying for the subsidy.

Since 1997, Topeka’s property tax collections have grown by 123.1%, 2.5 times higher than the combined rate of population growth and inflation. Controlling the government spending and taxing less saves families hundreds of dollars and could keep them in their homes. According to a 2018 KPI study of county budgets, Shawnee County spent $833 per resident while Douglas County only spent $655. There’s room for improvement and budget tightening to provide the same services at a better price. 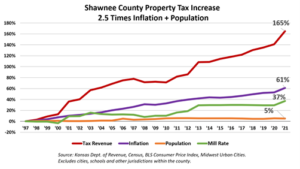 Affordable housing is a key factor.  Reforming zoning laws has seen much success in states like California where cost and availability has become an issue. For instance, building height caps, minimum lot sizes, and rules about what types of buildings can be located near others can severely limit development and discourage developers from making affordable homes. A 2017 study published by the National Bureau for Economic Research showed that if all states deregulated their zoning laws only halfway to the level of Texas, a state regarded for low zoning regs, their GDP would increase by 12% due to more productive workers and opportunities. Taking a more conscientious approach to zoning instead of having ineffective subsidies could be a place for housing growth.

If communities like Shawnee County want to attract remote workers, then they should petition state lawmakers to help it happen. Reduced regulation on tax nexus eligibility conditions, employer withholding for short-term work, and more reciprocity agreements with other states on taxes all help promote business.