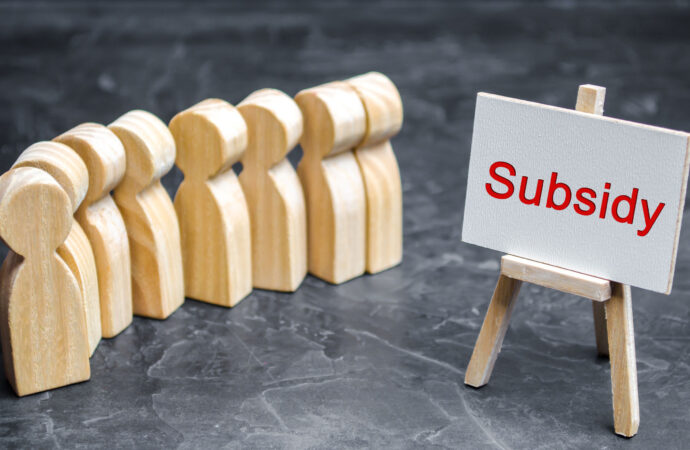 Remember the (well-deserved) beating Gov. Sam Brownback received for saying his 2012 tax cuts would be a ‘shot of adrenaline’ to the Kansas economy?  Now, Gov. Laura Kelly may have her own ‘shot of ‘adrenaline’ moment by claiming her $1 billion+ subsidy to Panasonic will transform the Kansas economy.

The 2012 tax cuts would have led to much stronger economic growth, but a tax cut doesn’t produce an overnight ‘shot of adrenaline.’  The early returns were promising, but significant growth takes time for a variety of reasons, and patience pays off.  States with lower taxes have superior economic growth.  For example, the states that don’t have an income tax increased private-sector employment by 45% between 1998 and 2020, compared to just 18% in the states that tax income. Kansas didn’t see much benefit from the short-lived tax cuts because, as documented in What was Really the Matter with the Kansas Tax Plan, there were serious mistakes made in the implementation of that plan.  Like cutting taxes but increasing spending, and bi-partisan disinterest in many opportunities to reduce the cost of providing services.

Giving over $1 billion to a single company – as apparently is happening today if early reports are accurate – will also likely produce much lower net benefits, but for different reasons.

Subsidies are part of the reason Kansas has the highest effective tax rates on mature businesses. The Tax Foundation says subsidies “keep tax costs for mature firms much higher than they would be if the tax burden were distributed more equitably.”  State spending continues to rise (24% over the last four years), and giving away $1 billion will place a higher tax burden on existing businesses.

A $1 billion subsidy to Panasonic will deplete General Fund reserves and significantly diminish the likelihood of much-need tax cuts.  Examples of potential lost opportunities include eliminating the income tax on retirees, reducing marginal income tax rates for everyone, and reducing the state sales tax rate.  Kansas is the third-worst state in the nation for retirees, the ninth worst for state and local sales tax, and the top marginal rate is much higher than most states in the region. 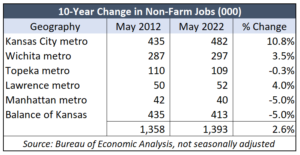 Johnson County (mostly) benefits to the detriment of the rest of the state.  Johnson County, the heart of the Kansas City Metro area, has fared much better than most parts of Kansas.  Non-farm jobs in May 2022 were almost 11% higher than ten years prior, but employment declined in much of the state, with non-metro areas losing 5% of the employment base.  It’s quite likely that people living in other parts of Kansas will relocate to work for Panasonic, putting additional stress on rural Kansas.  And if there’s an extra $1 billion to spend, a lot of folks would rather see it spent in rural areas and other communities than all in the state’s most affluent county.

More property tax hikes and housing challenges in the Johnson County area.  People moving into the Johnson County area to work at Panasonic will increase the pressure on home values, and local government officials will further jack up property taxes on everyone.  The City of Overland Park, for example, raised property tax by 10% this year and is proposing another 10% hike for 2023.  Meanwhile, Panasonic is eligible for large property tax exemptions if approved by local officials…and you know they will want to take some credit for helping to make the deal happen.  This will also exacerbate affordable housing issues in Johnson County.

The estimated increase in jobs and GDP are not representative of transformational change.  The Kansas Department of Commerce predicts Panasonic would add $2.5 billion annually to the state’s Gross Domestic Product (GDP), which would be just a 1.3% increase over $192.3 billion in total GDP for 2021.  Commerce predicts up to 4,000 new jobs once the project is fully up and running, which would be a mere 0.3% increase over private-sector employment for May 2022.

If subsidies worked, Kansas wouldn’t be in its fifth straight year of economic stagnation.  Cities, counties, and the state have provided tremendous amounts of subsidies for many years.  Yet Kansas trails the nation on job creation and GDP, and the gaps are getting worse.  A study of the state’s PEAK program (Promoting Employment Across Kansas) by Nathan Jensen at Washington University in St. Louis found that PEAK recipients were no more likely to create jobs than non-PEAK recipients.  Dr. Arthur Hall, Executive Director of the Brandmeyer Center for Applied Economics at the University of Kansas, reached a similar conclusion in a study of STAR bond projects in Wichita.   New jobs in the STAR bond areas mostly resulted from a shift in economic activity to a different part of the city.

Tax relief for everyone, not just one company

Kansans need significant tax relief across the board to reverse five decades of economic stagnation; a $1 billion handout to one company won’t transform the economy or create a ‘shot of adrenaline.’  Those elected to serve in 2023 need to be just as generous to individuals and all businesses as they were to Panasonic this year.  And they can if they want by reducing the cost of government and passing the savings on to everyone.