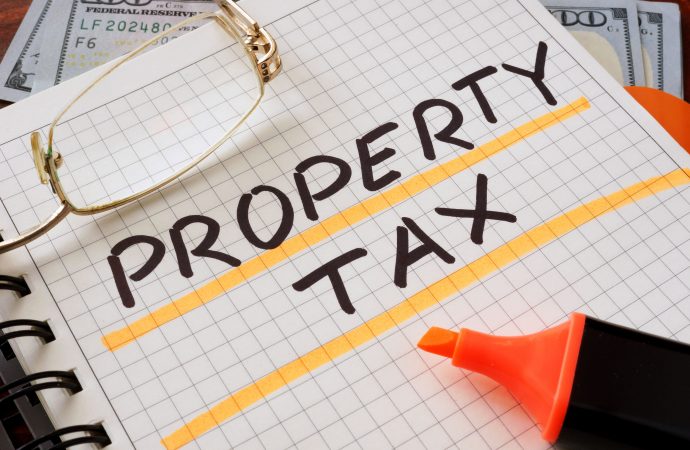 Reps. Vic Miller, D-Topeka, and Mike Amyx, D-Lawrence, are proposing a constitutional amendment and statutory changes that will make the state general fund go bust in its first full year.  It’s good to see these legislators admit that property taxes are too high, and we’re all for tax relief.  But it must be done by reducing the cost of government, not shifting the burden to other taxes as their proposal would likely do.

According to Hawver’s Capitol Report, a subscription service, Miller says their plan would reduce property taxes on homes by about $700 million annually, and he says the state can afford to make payments to local units of government to cover the loss because of budget surpluses.

Miller and Amyx also want to give at least $54 million annually to cities and counties in the name of property tax relief and boost the residential exemption from the 20 mills of tax for schools from $40,000 to $65,000.  They estimate raising that exemption will cost $55 million annually.  The impact of the LAVTR and homestead proposals are based on data provided by the proponents to the Sunflower State Journal.

But their math doesn’t work.

The Kansas Legislative Research Department (KLRD) provided the budget profile below, which runs through FY 2026. We added the lines highlighted in pink for the proposal from Miller and Amyx, assuming that their amendment is approved on the November 2023 ballot and is implemented in January 2024.  We also assume that the statutory Local Ad Valorem Tax Relief (LAVTR) aid to local governments is passed in 2023 and goes into effect for FY 2024, and the increase in the homestead exemption is passed in 2023 and goes into effect in January 2024 (because cities and counties assess property tax on a calendar year basis). 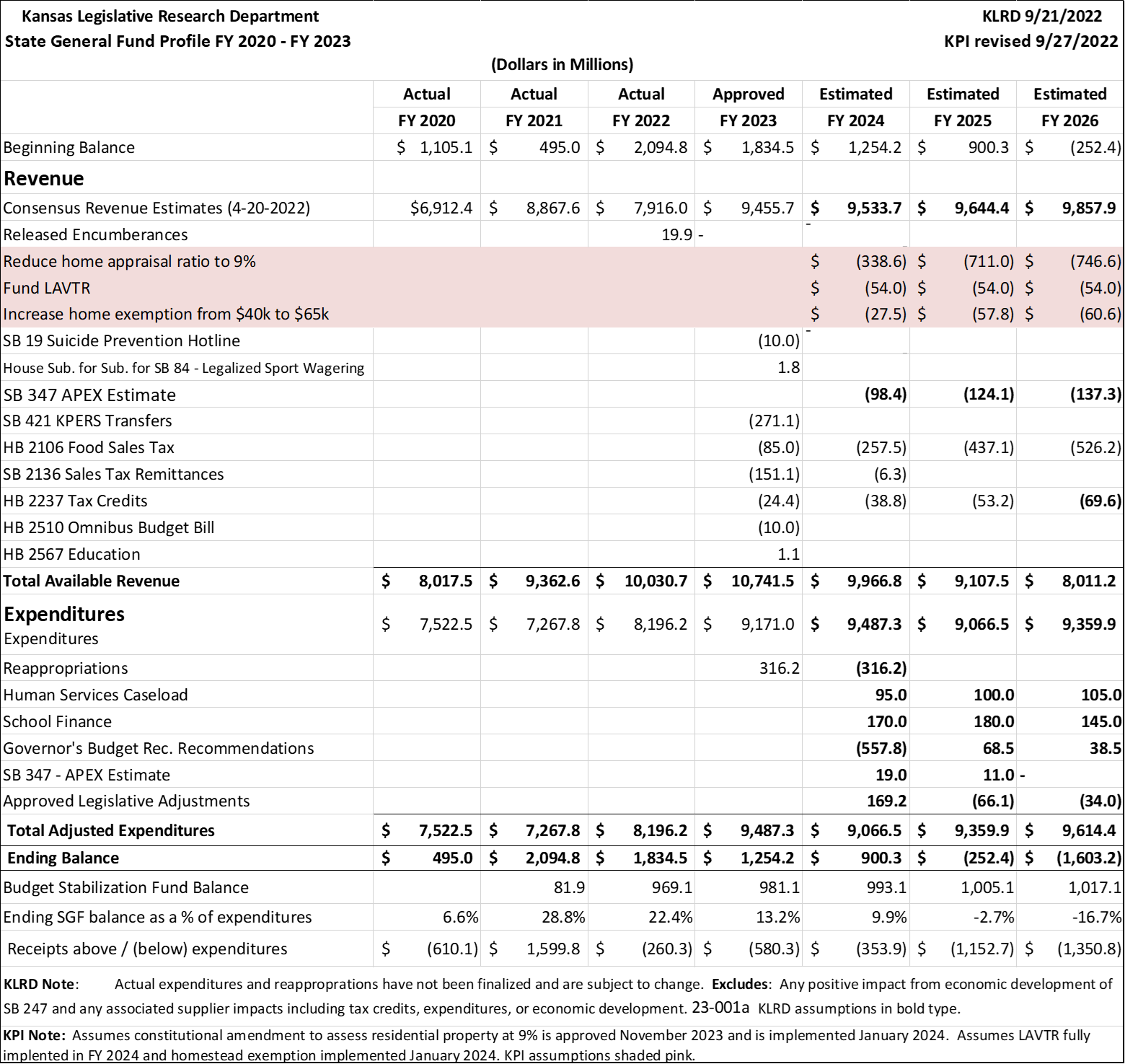 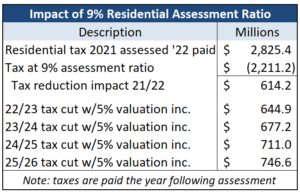 $2.825 billion.  Had the tax been based on the 9% assessment ratio proposed by Miller and Amyx, the tax would be $2.211 billion, or $$614 million lower.  If the annual statewide residential valuation increases by 5% (which thereby increases the yearly reimbursement to local government units from the state budget by the same percentage), the change would cost $338.6 million in FY 2024 (only six months of effect), $711 million in FY 2025, and increase each year based on the change in residential valuation.

Clearly, the proposal by Miller and Amyx is not a serious one.

The presumed incoming Speaker of the House, Dan Hawkins, told the Sunflower State Journal that it is just an election year stunt.

“Gov. Kelly has vetoed tax relief on multiple occasions, and Kansas Democrats have constantly demonized tax cuts in their public comments, Hawkins said in a statement.

“Now, in an election year, they are having a change of heart.”

Whether this indicates a change of heart or raw election politics, the Miller / Amyx proposal reeks of hypocrisy.  Kansans are being inundated with political ads rehashing the ghost of Governor Brownback’s budget deficits, but here they are proposing billions in budget deficits.

Kansans need serious property tax relief, but it must be done by reducing the cost of government…not creating the need for more tax hikes.