No Oversight for Kansas Discretionary Spending 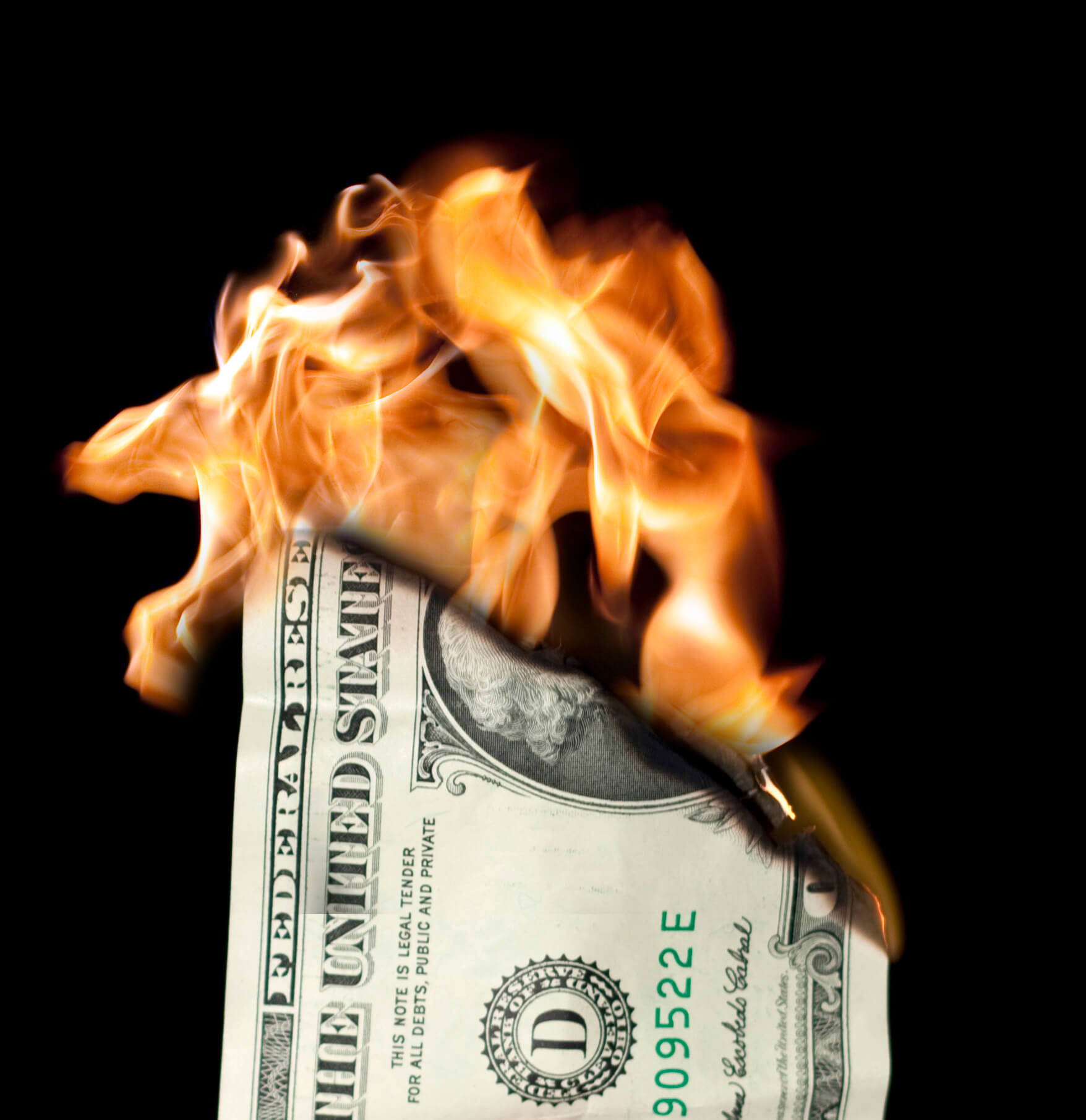 The State of Kansas has 600 million reasons to review its discretionary spending of funds allocated to public and some private organizations. However, policy makers rarely hold any expectations of what the spending should achieve. As the Honorable Maurice P. McTigue of George Mason University puts it,

Without clear expectations of results, neither elected officials nor the public have a good idea whether or not progress is being made on policy goals…Essentially, the process is one big ‘faith-based initiative’, distributing money and hoping for results.

What results has the state government achieved thus far? Though Kansas government is spending at record levels, and $2.1 billion above inflation-adjusted levels, the state is in its 4th decade of economic stagnation. Kansas residents leave the state every year for fast-growing states with governments that spend less, and tax less.

Government has a vital role to play in ensuring state spending programs are adequately providing core services efficiently. This isn’t a partisan issue; most Kansans want to ensure government can provide better service at a better price.

To improve government services and to ensure there is money to pay for them, we need to examine closely how we are allocating our resources. Here are spending examples from the state’s budget that we can focus on to achieve better efficiency and effectiveness. Kansans can review state expenditure information from KanView.ks.gov. 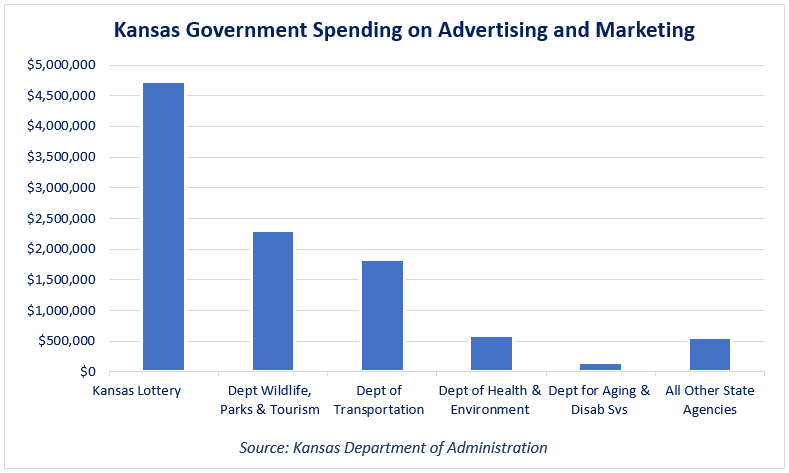 State spending on advertising and marketing should be questioned as to whether the government is getting its message out. If not, then the lack of oversight means agencies are perhaps prone to waste taxpayer’s dollars on unnecessary communication. The most doggone weird case is when the Kansas Department of Health and Environment (KDHE) spent  some of its $500,000 taxpayer dollars on a campaign to promote Fred the Preparedness Dog. KDHE used Fred to educate 1600 Kansans about disaster preparedness. Additionally, KDHE spent taxpayer dollars to create a website, YouTube video, and a twitter account for Fred. Should Kansans prepare for disasters? Yes. However that does not mean Fred is necessarily a good recipient of taxpayer money. 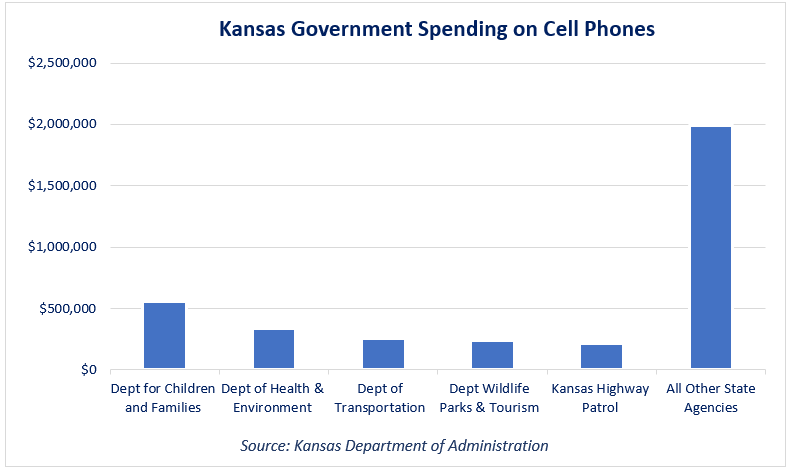 In today’s age, state spending on separate cell phones and contracts may also be considered as a poor recipient. State workers may need separate work and personal cell phones to comply with open records laws. However, the first and foremost concern is if cell phone usage helps state agencies better achieve results.

The Department for Children and Families (DCF) has 700 cell phone contracts  for a full-time workforce of 2,000 employees. That’s roughly 30%. Similarly, KDHE spends more than $300,000 on near 900 cell phones contracts, but has a full-time workforce of 600 employees. This suggests some employees at KDHE receive more than one phone a year. Questions to consider,

Serving the people is the sole purpose of government. Unlike an industry, such as Wichita’s aerospace industry or an agricultural exporter, Kansas government does not export services to Americans outside the state. Yet, state government spends roughly $20 million on sending state workers to other states and other countries. Questions to consider,

Asking questions can enhance accountability and transparency for government spending and use of taxpayer dollars.  Maurice P. McTigue asks the essential question for legislators,

Did the budget produce the revenue necessary to fund governments’ activities and did the expenditures produce the results predicted .

Policymakers must ask such questions before spending another dollar. The next piece highlights how policymakers can use questioning to make government programs more efficient and more effective by using priority-based budgeting.