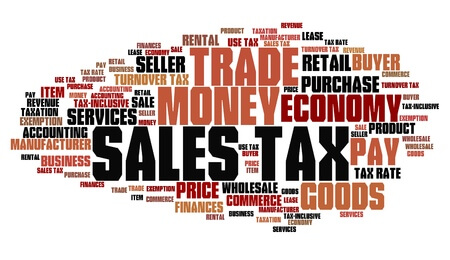 Shortfalls in state sales tax collections are the single largest factor in missing revenue estimates this year, and new data from the Department of Revenue shows economic challenges in agriculture and the oil & gas industry may be the driving factor.  This KDOR map shows gains in northeast Kansas and the Wichita area but significant declines in many western Kansas counties, home to much of the state’s oil, gas and agriculture activity. 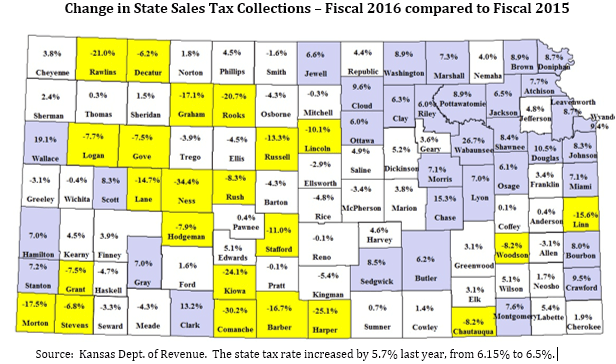 The state sales tax rate increased by 5.7 percent last year, so one would expect at least that much of a tax collection increase even if there were no change in taxable economic activity.  The following map approximates the change in taxable economic activity by adjusting for the rate increase; counties with a net increase are shown in shades of green. 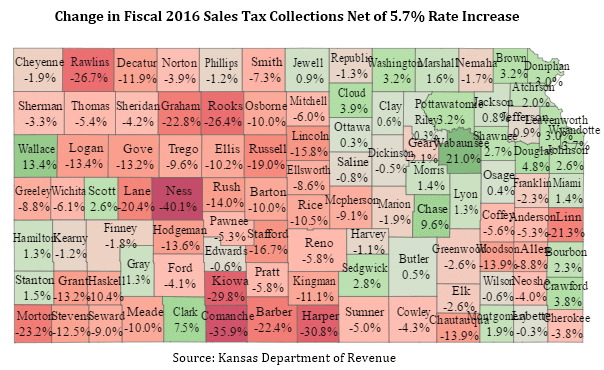 Revenue estimate misses are typically blamed on tax reform in general and the pass-through exemption in particular, but this analysis from KDOR shows that industry-specific economic challenges are playing a large role – and probably not just in weaker sales tax collections.  September employment in Mining & Logging (the Oil & Gas category) was off 24% from the level four years prior, so that naturally reduces income tax receipts for that segment.

For more perspective on those challenges, look at the precipitous drop in prices for crude oil and corn.  Crude oil has fallen by about 50% from its $83 per barrel price three years ago.  Corn is also on a long-term decline, having fallen from $4.63 per bushel in 2013 to $3.39 per bushel.  FYI, Kansas may be called the “wheat state”, but the Kansas Dept. of Agriculture says the state produced nearly twice as much more corn than wheat in 2015.