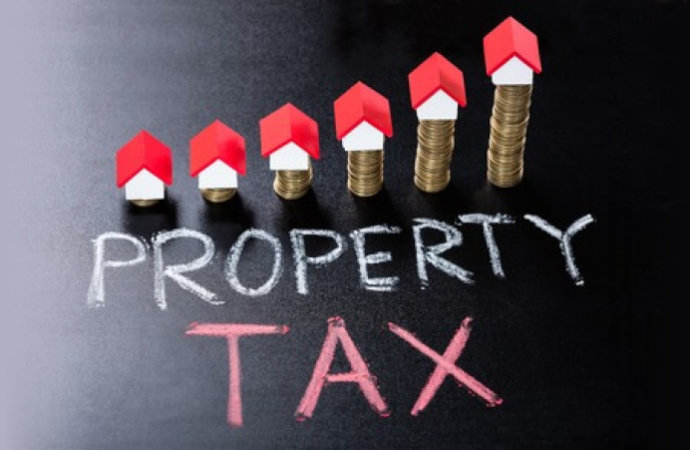 Property tax assessed by Kansas counties has grown 164% over the past 21 years, according to the Kansas Department of Revenue. Over the same time frame, inflation is 49.5%, and population growth is 11%. This growth means Kansans are paying roughly $593 million more in taxes than the county’s prices or population would dictate. 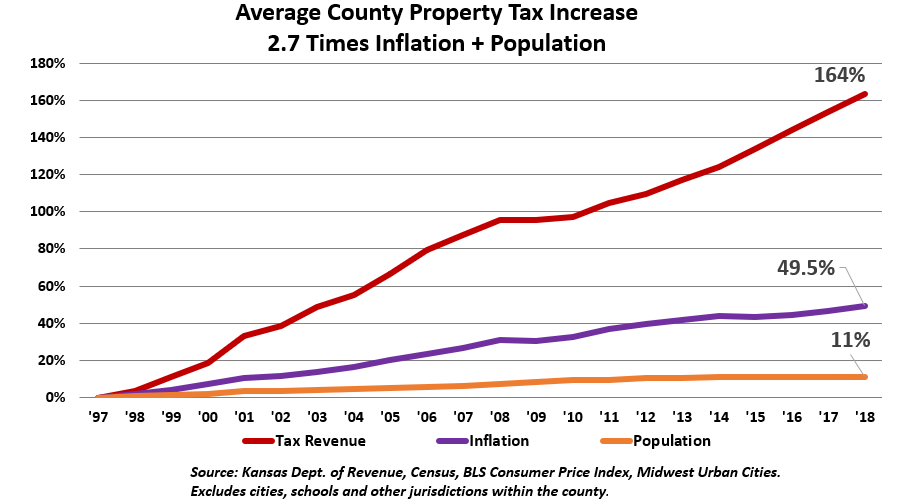 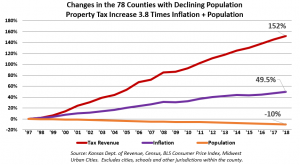 Would property taxes still grow if we only observed Kansas counties with population declines? Perhaps. It would be reasonable to expect property taxes to move with population, holding all else equal. When the population falls, so should property tax and vice versa.  However, the adjacent chart speaks to the contrary. While the population has fallen on average by 10%, property tax collections continue growing at rates near identical to the prior graph. If the tax base is shrinking, then rising property taxes must be the result of higher rates and property values. Both mill rates and appraised property values are set by local officials. Despite fewer people to serve, county officials are making residents pay $255 million more than what is perhaps economically necessary.

Here’s another way to view the same discrepancy between property taxes and its tax base. In the table below, we broke down how many Kansas counties and major cities are seeing property taxes outpace inflation and population many times over. 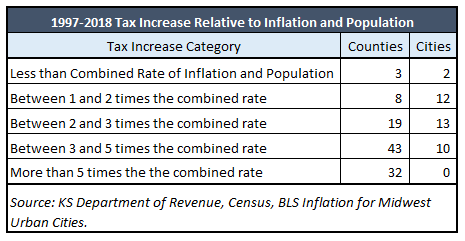 Information presented is highly suggestive that local governments are not adjusting their budgets to their economic environment. Despite 74% of Kansas counties experiencing a shrinking population, shrinking demand for government services, property tax rates is 150% higher. In the 2019 Green Book, Kansas is ranked 48th in the most residents served by a government unit. In other words, the state has too many public organizations for its population. Local policymakers must take opportunities to better adjust their budgets to the people they serve.