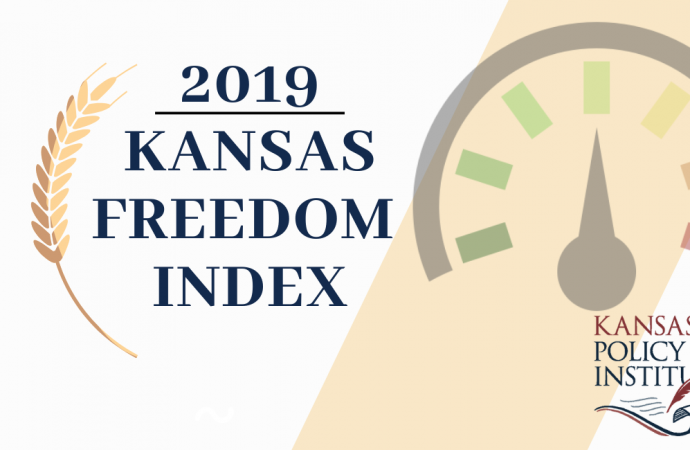 The results also confirmed what we’ve known for years – party identification has very little, if anything, to do with how legislators vote. Republicans are spread across the board. Some demonstrated an affinity for freedom, while others voted against freedom more often than they voted for it.

The 2019 Kansas Freedom Index highlights many of the votes from the 2019 legislative session and how those votes bear on educational and economic freedom. This guide is a one-stop-shop for the impact that legislative votes have on your ability to run your business, live your life, and raise your family as you see fit. It is the product of nonpartisan analysis, study, and research and is not intended to directly or indirectly endorse or oppose any candidate for public office.

50% is considered neutral on the Index…meaning a legislator with a score of 50% voted for freedom as often as they voted against it. Someone with a 100% score would always vote in support of freedom, and 0% reflects the opposite.

Sen. Barbara Bollier scored 46.7% in her last session as a Republican, 2018. This year she scored 38.9% in her first session as a registered Democrat. Her lifetime score (LINK) calculated through her last session as a member of the Grand Old Party was 37%. Meaning, she has voted consistently across her time in the Legislature and her shifting political affiliation. Sen. Dinah Sykes and Rep. Stephanie Clayton mirrored this voting pattern.

That is the point. The Kansas Freedom Index aims to provide insight into the goings-on in Topeka. The rhetoric of the campaign trail or an op-ed page can be one thing. How someone actually votes can be a horse of an entirely different color.

Very little of the coverage allotted to Gov. Kelly or the legislature focuses on what is actually going on in Topeka. The coverage all too often focuses on national story lines and the intersection with Kansas. We miss the votes, details, and context that dictate so much of how Kansans are able to live their lives. Our federal system was founded on the principle that those closest to a citizen are better able to identify and address problems. This doesn’t mean a given government will always get it right or that certain constitutional issues don’t supersede the idea of federalism or “home-rule.” It simply means that different levels of government are more suited to addressing certain kinds of challenges. The dearth of media coverage, citizen awareness, and Civics Class understanding of how things operate in the state violates this federal model. It erodes the foundations of our republic that have allowed our communities, states, and country to move past eras of repression, make the American Dream a reality for generations of immigrants, and serve as an example for the rest of the world.

We hope the 2019 Kansas Freedom Index helps you overcome this gap in knowledge and inversion of America’s founding. So long as Jane Q. Kansan has access to good information and can evaluate what goes on in Topeka we’ll have a chance to blow the dust off our Constitutions and making the American Dream a reality for future generations.