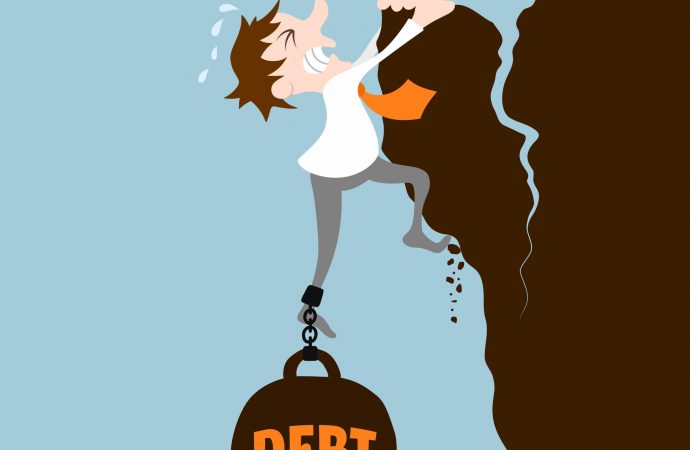 While student achievement remains relatively low and stagnant, local school boards’ focus on constructing new buildings set a new record for school debt at $6.53 billion for the 2019 school year.  Debt per-student for the 177 districts with bond debt also set a new record at $15,137.  The data comes from the Kansas Department of Education (KSDE) and is available for each district at KansasOpenGov.org. 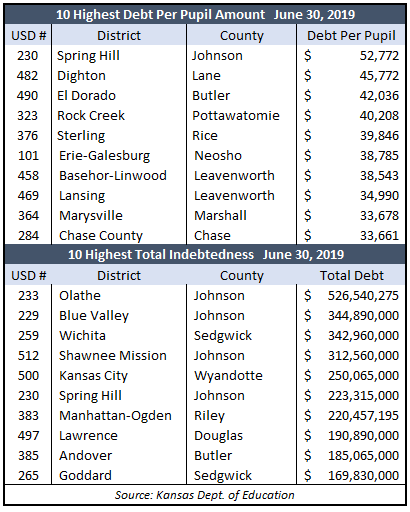 School debt from issuing bonds must be approved by voters in each school district, but many districts receive extra state funding to offset the cost, creating a ‘taxation without representation’ situation for taxpayers across the state.  It is effectively a subsidy in which a district like Olathe in Johnson County gets “free money” from patrons in Iola or Newton to build a new facility and make sure it has all the bells and whistles to boot. This anomaly is used as a selling point by most districts, with school boards encouraging patrons to vote for the new school debt because people outside the district will pick up part of the cost.

State aid to help pay off bond debt skyrocketed from about $52 million to $203 million last year, which has had a ‘squeeze-out’ effect on state aid for Instruction and other operating costs of educating students.

If state aid for bond debt remained steady at $52 million each year since 2005, legislators could have made $948 million more available to educate students through the regular funding formula, and ideally allocated the money exclusively for Instruction.

The KSDE Accounting Manual says Instruction accounts for direct interactions between teachers and students; this ‘bible’ of school spending says, “Although all other functions are important, this function acts as the most important part of the education program, the very foundation on which everything else is built. If this function fails to perform at the needed level, the whole educational program is doomed to failure regardless of how well the other functions perform.”

School districts allocated 54.2% of expenditures to Instruction in 2005; that allocation has been declining over the years and was just 52.8% in 2019.

This year, the Kansas House of Representatives passed a bill that would be a big step forward in getting kids the education they deserve, but Senators didn’t have a chance to vote on it.  The bill requires districts to certify they’ve allocated sufficient funds to Instruction so that students could reach grade level.  School districts lobbied hard against this accountability measure.  At least one superintendent said, “If this passes, we’ll be held accountable!”  Indeed.