Tax revenue increasing, but not enough to keep up with record spending 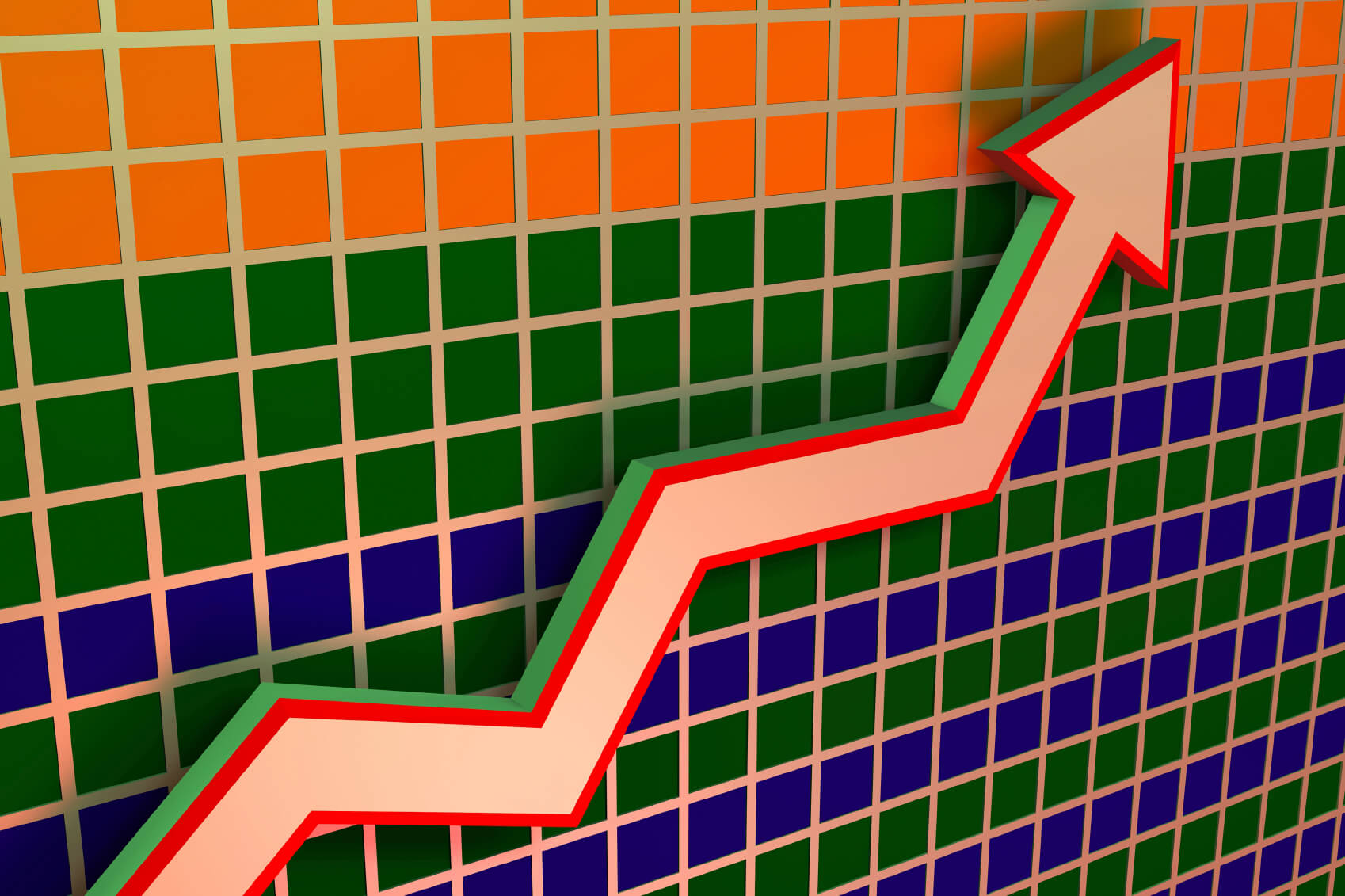 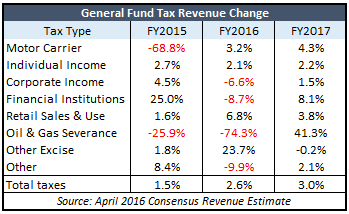 calling for higher taxes and more spending – but the new revenue estimates released yesterday show that tax revenue increased 1.5 percent last year and is expected to be 2.6 percent higher this year.  Tax revenue is expected to grow 3.0 percent more next year.

Individual income tax increased by 2.7 percent last year and is expected to grow by 2.1 percent this year and another 2.2 percent next year.  Income tax for corporations and financial institutions are expected to decline significantly this year but to be somewhat better next year.  Severance taxes for oil and gas have been hit hard, as declining prices cause production declines; revenue declined by $32 million last year and another $69 million this year.  Severance tax is predicted to increase next year but would still be $92 million lower than in FY 2014.

An increase in Retail Sales & Use taxes account for most of this year’s increase; after adjusting for the increase that impacted the last eleven months of this year, retail activity is expected to increase 1.6 percent this year.  The twelfth month of the rate increase will impact July of FY 2017 so the retail activity would be slightly less than the 3.8 percent predicted tax revenue increase. 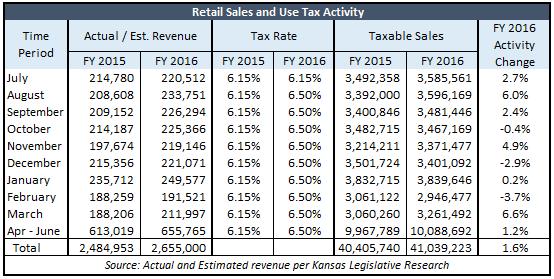 The real problem is that revenue cannot keep up with record-setting spending that is $1.2 billion ahead of the 20-year inflation track.  With inflation at 53 percent between 1995 and 2015, tax revenue grew 82 percent but spending increased 89 percent.  In fact, Kansas spent 34 percent more per-resident than the states without an income tax in 2014.  It will be interesting to see whether Democrats and enough Republicans have the courage to balance budgets by moving Kansas from being morbidly inefficient to grossly inefficient, or if they will choose to inflict more unnecessary tax increases on citizens.

The Kansas budget problem can be summed up rather succinctly: you can’t have a conservative tax plan and a liberal spending plan. 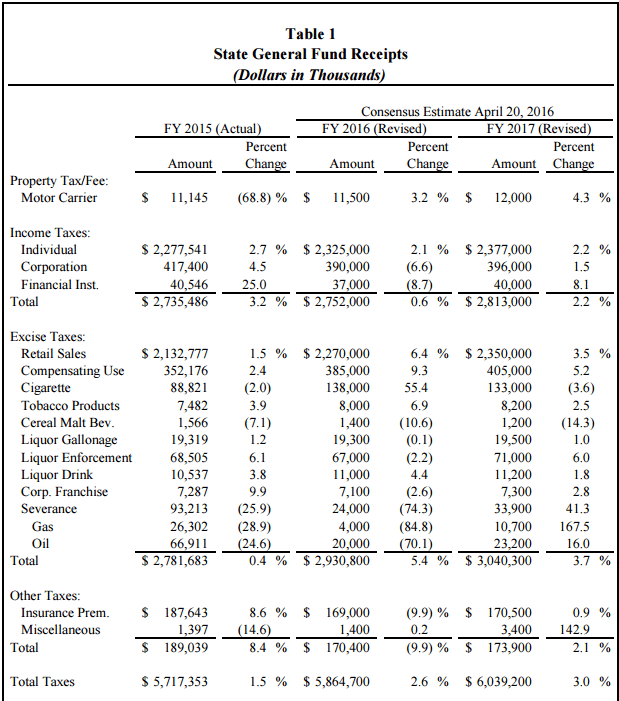