Thinking Responsibly About the Kansas Budget 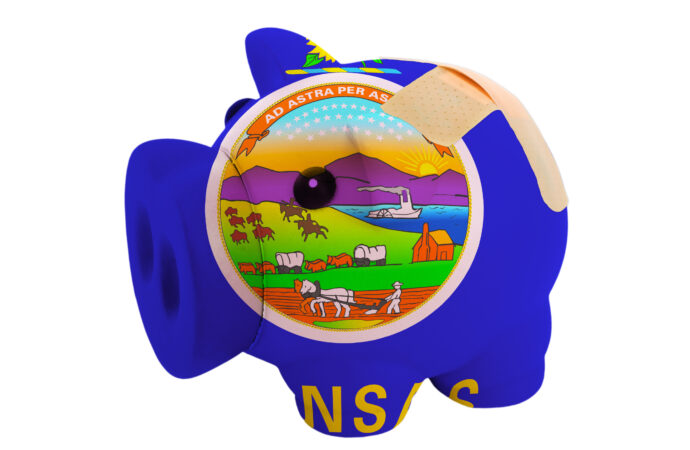 The state of Kansas is on track to turn an estimated $3 billion tax surplus into a multi-million dollar deficit by FY 2027. A $2 billion mega-subsidy for a “mystery company” wasn’t part of Governor Laura Kelly’s original $3.2 billion in tax and spending proposals this year. Something is going to have to give from her mystery subsidy, proposal to eliminate the food sales tax, a $460 million tax rebate, or many other subsidies and government programs to avoid this deficit.

According to the Kansas Legislative Research Department, by FY 2026, the ending State General Fund balance will be 2.9% of expenditures – below the 7.5% required by statute. Seeing as to how quickly the current surplus came into existence, a sudden decrease in tax revenue through some unknown economic event (i.e., Ukraine-related economic shocks) is also possible. All of which makes balancing the budget more difficult and accentuates the boom-and-bust budget cycle.

What Kansas needs is something more in line with the Responsible Kansas Budget published by Kansas Policy Institute and the Texas Public Policy Foundation earlier this year. The RKB functions by limiting the growth of government spending to the sum of the state’s population growth and inflation. In 2021, Kansas’ inflation increased 2.36%. At the same time, Kansas’ population growth declined .04%. The sum of these values, a 2.32% increase, would serve as the maximum growth rate for All Funds appropriations in FY 2023. Since Kansas’ All Funds budget for FY 2022 is $20.5 billion, the RKB in FY 2023 would make the budget a maximum of $21.0 billion.

By comparison, the Governor’s Budget Proposal for FY 2022 originally was just under $23 billion – $2 billion more than what the RKB would suggest. Now, with SB 347 (the bill containing the mega-subsidy which has been approved by the Governor) predicted to add a potential $1.26 billion in expenditures to the FY 2022 budget, the Governor’s Budget with all proposals would be a whopping $24.6 billion – by comparison, the approved budget for FY 2022 so far is around $21.6 billion.

While it’s unlikely that all the proposals in the Governor’s Budget will be approved with the mega-subsidy taking up so much room, the point still stands that this is a massive growth in spending. Like all spending, this would have to be offset by increased taxation in the future. According to our 2021 Green Book, Kansas had the 14th highest tax collections per capita compared to other states to support the state’s third-highest rate of government employees per population ratio. Rural commercial and industrial properties see the highest property taxes nationwide.

Kansas spent 42% more per resident in 2019 than states without an income tax.  Providing services at lower costs is what allows some states to tax less, and Kansas has ample opportunity to do so to eliminate the coming budget deficit. Spending reforms such as repurposing carryover cash,  implementing priority-based budgeting and efficiency reviews at all levels of government, and controlling discretionary spending tightly are all ways that government could prevent a deficit without raising taxes.