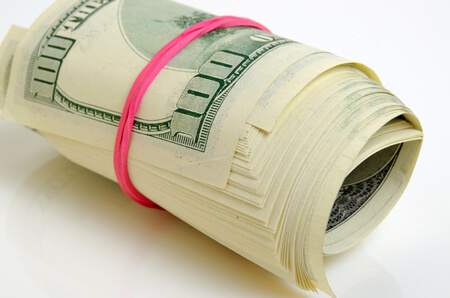 Many thought that the COVID-19 pandemic was going to create a massive strain on long-term state tax collections. In 2020, the Kansas government predicted that the state would have a $2.1 billion shortfall in July 2023; according to new estimates, that number is now an expected $3.1 billion surplus instead. Similar conditions have been seen nationwide: state tax revenue on average increased by 12.1% instead of dropping by 50% as predicted at the beginning of the pandemic.

On one hand, this is good news: the pandemic did not have the staggering economic effect that many initially feared. It is also better to figure out what to do with a large surplus instead of figuring out how to overcome a large deficit. However, there are some key takeaways about how Kansas got to this point.

For one, the economic depression believed to start in 2020 never happened. However, $1 billion in CARES Act funds and a few billion more to state and local governments in Kansas via ARPA still came. The result of this government spending has many long-term effects. Right now, Americans are facing high inflation in part from artificial demand from stimulus packages and high government spending. Governments should also be wary of permanently increasing their budget with new positions or programs with the cushion of federal funds on their wallets now. It is too tempting to spend now with no plan for when the COVID federal funds are spent.

The rest of the Kansas legislative session should focus on long-term tax relief and long-term budgeting. Decisions like the bi-partisan investment of $500 million into the state’s Budget Stabilization Fund are emblematic of the type of decisions that promote stable budgeting into the future. As described in Kansas Policy Institute’s Responsible Kansas Budget, the current surplus could be used as a cushion to enact limits on spending and taxation that lead to a lower cost of living and a healthier economic environment for Kansas residents.

According to the recently released Rich States, Poor States study by ALEC, Kansas ranked 34th in economic performance due to low non-farm employment growth, migration leaving the state, and middle-of-the-ground GDP growth. Some of the costs here derive from being in the bottom half of states for property, sales, and income tax burdens – a change here could boost Kansas’ performance as a whole with real-world effects for Kansas families.

Comparatively, states around the nation are making competitive changes to their tax systems with their surpluses. Iowa, Arizona, and Mississippi have all enacted legislation to flatten their income taxes over the next few years with other rate reductions to things like the corporate income tax prevailing elsewhere. There are many paths to get there but legislators still need to responsibly balance spending in the long-term and reap the rewards of lower taxes in the future.