City and county payrolls jumped in 2017 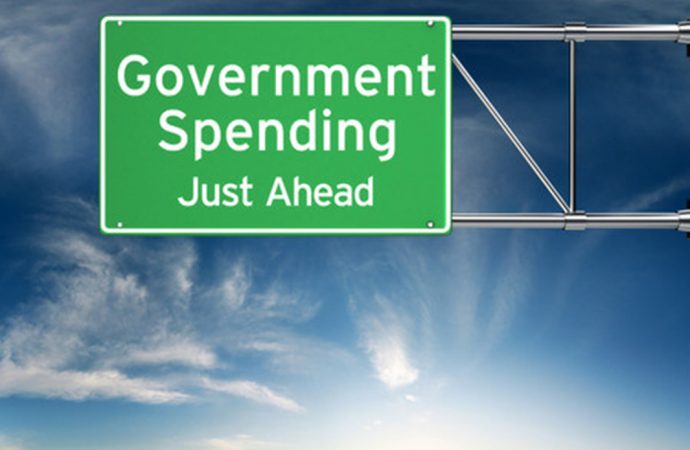 City and county payrolls in the state’s more populated areas grew much faster than inflation in 2017.  The seven counties listed in the adjacent table collectively had a 4.4 percent payroll increase and the ten cities increased payroll by 2.7 percent on average.  Inflation, by comparison, was just 1.7 percent. 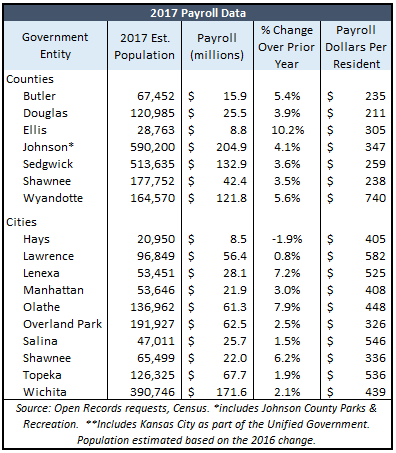 Kansas Policy Institute collects the data annually in Open Records requests and publishes the results online.  Employee payroll listings for each city can be found here and county payroll listings are here.

Local government is able to give increases and add staff because cities and counties continue to increase property taxes far in excess of inflation.  Charts showing a 20-year trend in tax hikes for all 105 counties can be found here and charts for 37 of the state’s largest cities are here.

Complete listings for these city and county payrolls are also available at KansasOpenGov.org.  The table below lists the 15 highest paid city and county employees in 2017 (among those surveyed).  Carol Gonzales, City Manager of Shawnee, was the highest paid at a whopping $329,565; Ms. Gonzales resigned last November to take another job and likely collected a large payout of unused vacation and sick time, which is commonly allowed in government and serves to spike employee pension benefits. 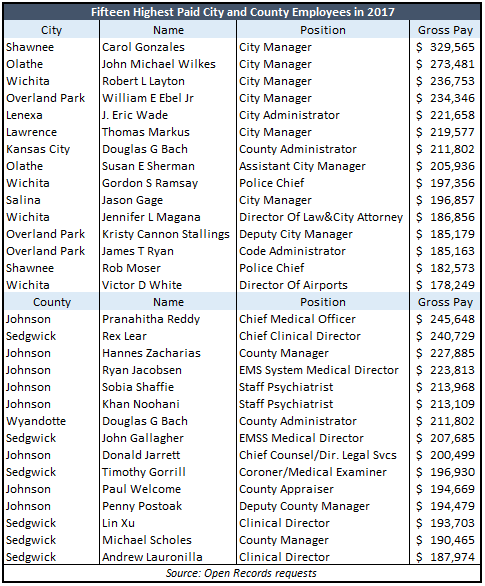