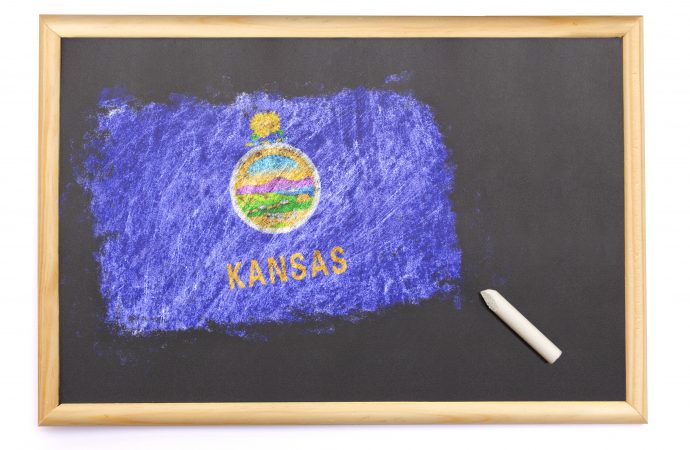 Freedom is one of the most evoked ideas in political discussions in Kansas and across America. What does it mean to be free? Part of it includes personal freedoms: the right to hold and express beliefs through things like speech, religion, and all other media. Are there laws that unfairly benefit or harm people in society? Economic freedom is a huge pillar as well but is one of the more complex to understand. Can people choose what job they want, make a living by their choice, and then hold onto their hard-earned money?

Where does Kansas rank in its freedom compared to other states? According to the Cato Institute’s recent Freedom in the 50 States study, the Sunflower State comes in at #27. Kansas comes behind South Dakota (5), Missouri (11), Colorado (12), and Oklahoma (19), but ahead of Iowa (29) and Nebraska (33). Since 2016, Kansas has steadily declined from being at rank 16.

So what lands Kansas in the middle of the pack? The main reason is taxes. Tax hikes in FY 2015, 2019, and 2020 lands Kansas with a combined state-local effective tax rate of 10.1% – the 22nd highest in the nation. A $1 million valued-rural business in a town the size of Iola faces the highest property taxes nationwide for its size. Kansas also has some of the highest effective property tax rates in the nation and uncompetitive marginal income tax rates. At the same time, Kansas has the third-highest ratio of state and local government employees per 10,000 residents in the nation and also has the third-lowest number of residents per government body.

Looking at fiscal freedom alone, Kansas drops to #38 nationwide. While Iowa (43) and Nebraska’s (47) scores for this category also dropped, Kansas lags its other neighbors in this regard. This means that Kansas is a less competitive state economically, meaning businesses will look elsewhere before setting roots in Kansas. This, however, can be changed. Every tax the government collects is money that a taxpayer could have chosen how they would have best wanted to see fit. Maximizing consumer freedom means minimizing taxation. This policy comes from controlling the size of government and reducing spending by increasing government efficiency.

Where Kansas does excel is regulatory policy: the state is ranked number one for lowest regulatory burden largely due to high land-use freedom, comparatively low occupational licensing requirements, and more. The biggest recommendation on this front in the report was to allow for nursing licenses to be valid across stateliness and to allow for interstate practice within and outside of Kansas. This would be feasible considering reforms to healthcare during the COVID-19 pandemic to make telemedicine easier.

Kansas can promote freedom across the state by right-sizing government and creating a small fiscal burden on its citizens. This would lead to a more prosperous future for the Sunflower State.