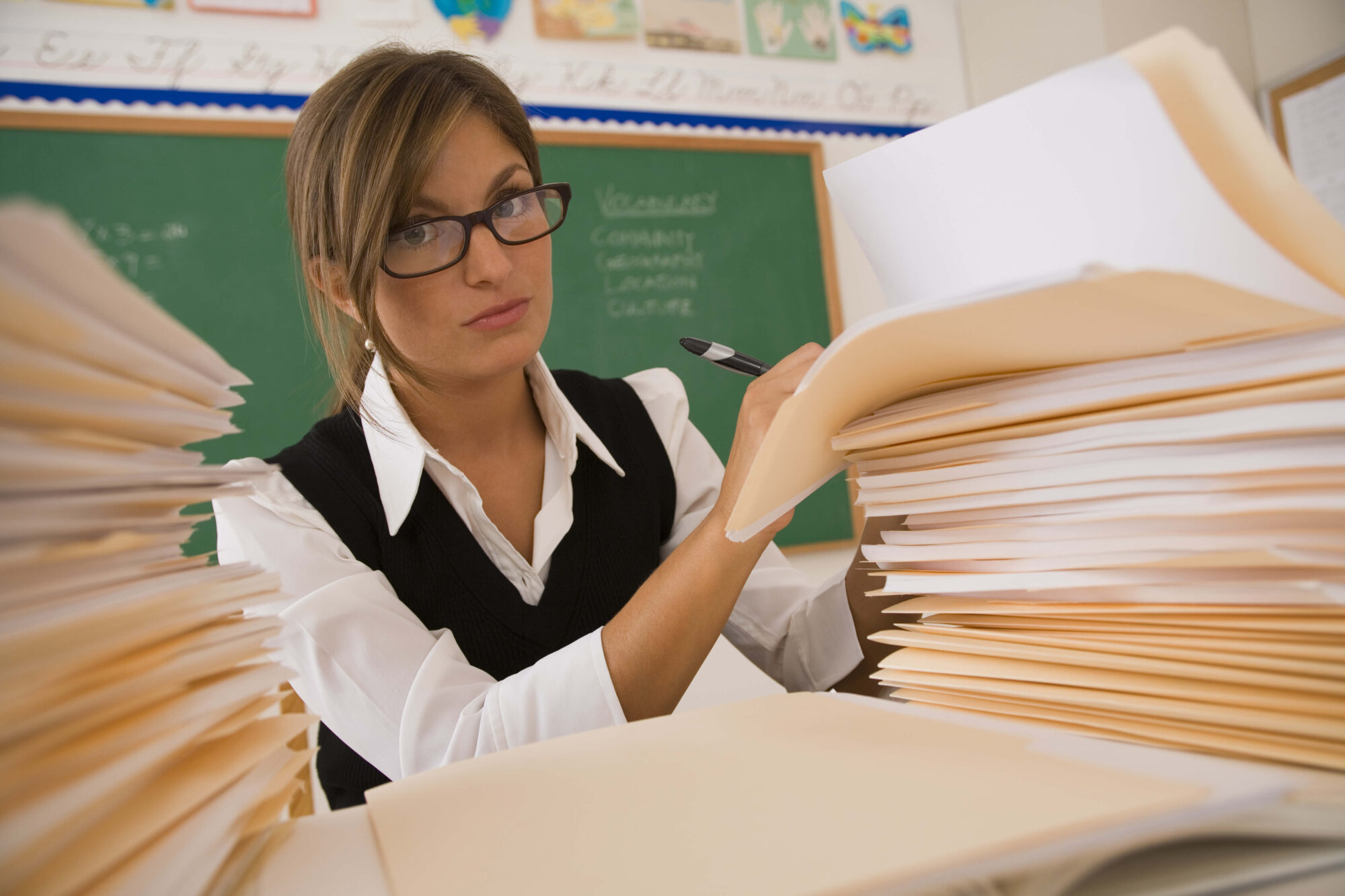 Allegations of low teacher pay is used to urge legislators for more funding, but money is not the problem or the answer.  (For the record, Kansas was #38 in 2019, but adjusted for the cost of living, Kansas was #15). Data from the National Center for Education Statistics, which come from local school districts, show a 52% increase in inflation-adjusted per-student spending between 1992 and 2019, while inflation-adjusted teacher pay declined by 9%.

School boards cannot blame this on current monetary policy and enormous federal spending hikes over the last year; this is 2019 data.

Local school boards have had very significant funding increases at their disposal; they just chose to spend the extra money on a wide range of things other than attracting and retaining effective teachers.

They spent a lot of money hiring employees who are not teachers.  With only a 12% rise in headcount enrollment, Kansas school boards and administrators added 56% more non-teachers. 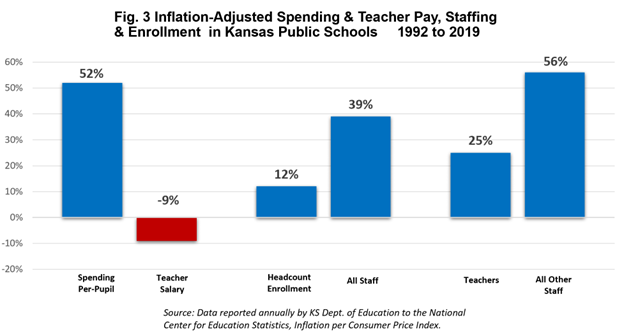 Education lobbyists argue that more non-teaching employees are essential in raising student outcomes, but that is not shown in the achievement results.  They also say that pressure from KSDE and the feds encourages non-teacher hires, but to the extent true, pay and hiring decisions are solely made by local school districts.

Since Kansas first participated in the National Assessment of Educational Progress in 1998, reading proficiency for 4th-Graders is flat at 34%, and 8th-Grade proficiency dropped from 36% to 32% in 2019.  Only 24% of Kansas graduates taking the ACT in 2002 were college-ready in English, Reading, Math, and Science, but it’s worse now, with just 21% college-ready on the 2021 ACT.  The ACT results, unlike NAEP, may have been somewhat impacted by the pandemic.  Still, ACT college readiness has been in the mid-20s for some time, and KSDE warns that it will continue to decline as more students take the test.

How school boards and administrators choose to spend money also does not follow guidance from the Kansas Department of Education.  The KSDE Accounting Manual tells school districts that Instruction spending – direct interaction between teachers and students – is “…the most important part of the education program, the very foundation on which everything else is built.  If this function fails to perform at the needed level, the whole educational program is doomed to failure regardless of how well the other functions perform.” 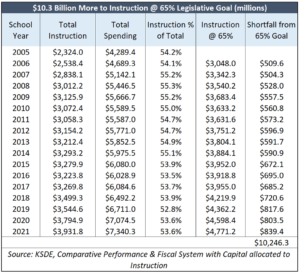 After the State Supreme Court ordered an $853 million funding increase in 2005, the Legislature passed (and Governor Kathleen Sebelius signed) a statutory policy position in K.S.A. 72-5191, calling on schools to allocate at least 65% of total spending to Instruction.

School boards and administrators also ignored that policy recommendation.  Instruction comprised 54.2% of total spending in 2005 and has gradually dropped to 53.6%.  School districts would have allocated over $10 billion more to Instruction if the guidance was followed over that period.  Even an annual increase of one percentage point in the allocation until reaching 65% would have put over $7 billion more into Instruction.

There is no ‘correct’ number for Instruction allocation.  But reducing the distribution to Instruction in the face of declining achievement is another example of the education bureaucracy prioritizing the system above all else.  (School districts have also been caught ignoring state law on student achievement needs assessments and spending at-risk funding.)