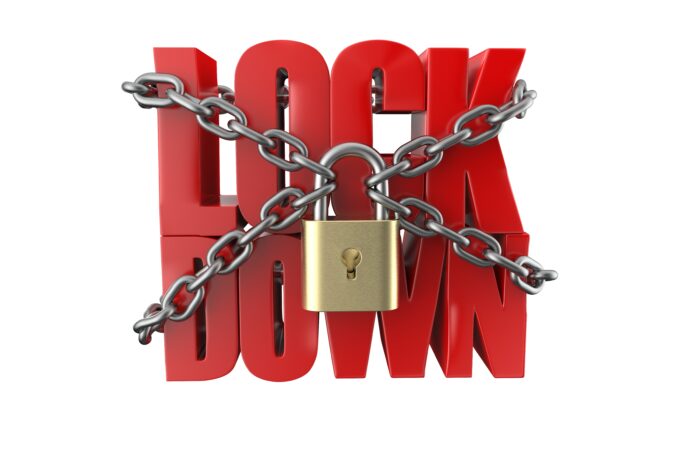 It has been three months since Gov. Kelly’s lockdown of businesses and force of Kansans to stay home. Though much of the shutdown has ended, the decision to close roughly 40% of the state’s economy has lingering effects. The state’s July jobs report is a testament to that fact.  Kansas’s private jobs recovery is massively decelerating, putting Kansans farther behind the rest of the country.

Every month, the Kansas Department of Labor releases the state’s job performance for the preceding month. It’s a valued statistical report on the health of the Kansas economy, even more so during the COVID pandemic. In April, the state lost 124,000 private-sector jobs. In May, the state got back 30,000 private jobs and another 30,000 jobs in June. As of July, Kansas gained 6,800 private jobs, a phenomenal performance in a “normal” year. However, compared to how far the state fell and the substantial gains of May and June, July’s job growth is a sign of stagnation.

The chart below visualizes the state’s recovery. In the chart, a value of 100% is the target of a full economic recovery, meaning the state has gained back all jobs lost in April. If the rate of May and June job gains continued to hold, Kansas was to recover roughly 75% of April job losses by July. The state would have “fully recovered” by August. However, the reality clearly shows the recovery has stalled.  It’s worth noting the slight slippage in jobs before the pandemic hit. As of July, the state has gained back 56% of the lost private-sector jobs in April. 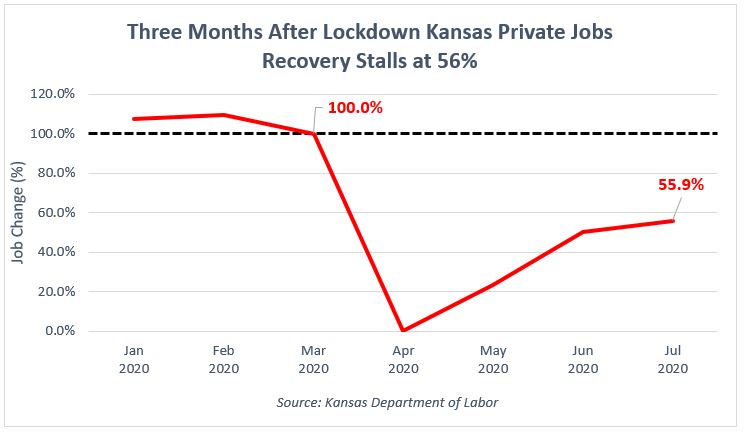 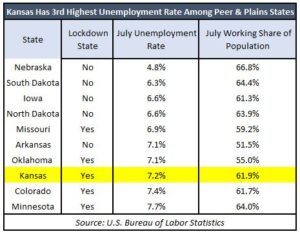 That was the state’s job performance in Kansas. Yet a state can only create jobs so far as it has people to fill them. Therefore, reviewing Kansas’s unemployment and the working population is important in assessing economic health. The adjacent table summarizes Kansas’ July unemployment rate and its working share of the population with neighbor and Plains states. Kansas’ unemployment rate of 7.2% is the 3rd highest rate amongst its peers and Plains states. Something else to note is where No-Lockdown states rank. The states that never locked down have a lower unemployment rate than Kansas and the lowest unemployed numbers in the region. The American Institute of Economic Research further elaborated on the performance of No-Lockdown states relative to the rest of the country in both economic health and in public health from COVID-19.

The rest of the states that didn’t issue stay at home orders (Utah, South Dakota, Nebraska, Iowa, and Arkansas) fared just as well if not better than other states. In particular, Utah and Nebraska did extraordinarily well maintaining a 4.5% and 4.8% unemployment rate, respectively while keeping death rates low.

No-lockdown states aren’t seeing death rates rise as some as feared. Now, they have the added benefit of seeing comparatively low unemployment rates. As we continue to progress through 2020, one revelation is standing out clearly. Governors that didn’t shut down their states are on a faster path to recovery.