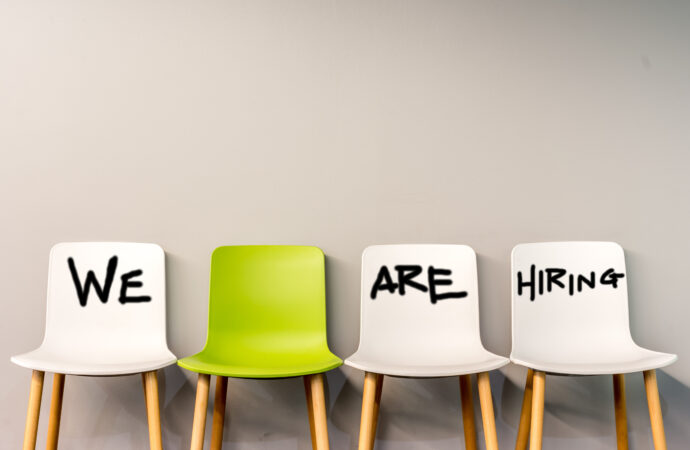 Topeka’s NBC outlet and the Kansas City Star pointed out the inaccuracy in Governor Laura Kelly’s recent claim: “I know that during the pandemic, that every place lost jobs, but we have restored those jobs and more.” A new month of Bureau of Labor Statistics data further undermines her claim. According to July’s job numbers, Kansas is still 19,500 private-sector jobs below its January 2020 level and at the same growth rate since the start of 2021, won’t fully recover to its pre-pandemic levels until sometime in early 2023. 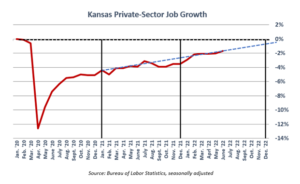 These jobs are good for the families who can get them. But nationwide data clearly shows Kansas remains behind in job creation. Last month, California, Virginia, Oregon, and Missouri brought the total number of states that have exceeded their pre-pandemic job levels up to 23. Colorado and Nebraska have already exceeded their pre-pandemic job levels too. Kansas’s job growth rate was also 21% lower than the nationwide growth rate.

The industries that saw the most job gains in July included manufacturing which gained 1,500 jobs, transportation and trade which gained 1,000 jobs, and financial activities, which gained 800 jobs. A few other industries gained 600 or fewer jobs, while professional and business services lost 600 jobs. Government lost 500 jobs this month.

The unemployment rate in Kansas remains at 2.4%, unchanged since June. At the same time, Kansas’ labor force participation rate decreased slightly from 66.5% to 66.4%; meaning 2442 employed people left the labor force last month. Though the reasons for this could vary from retirement to a student returning to school, keeping people working is just as important as job creation.

In the economic footrace between states, Kansas is falling behind as other states become more competitive and see their economies grow. Utah ranks first in job growth compared to January 2020 because regulatory reforms like regulatory sandboxes have spurred innovation and job creation in their state. Idaho’s strong recovery emerged from a strong economy: starting a decade ago, a housing boom let residents leaving high-tax West Coast states like California quickly set up shop. Those people have stayed due to pro-growth reforms like $600 million in income taxes cut this year.

Its an election year, so overly-ambitious claims are bound to happen. But the fact that Kansas needs pro-business tax reforms to stay competitive and grow faster shouldn’t be lost in the mix of political ambition.