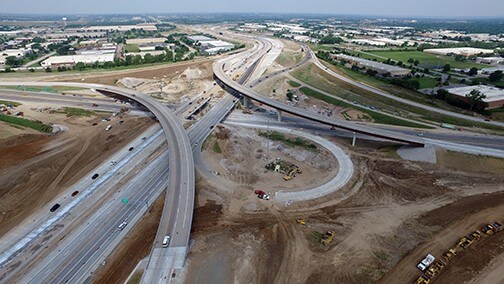 Here’s another case of media letting its political views interfere with responsible journalism.  In keeping with many other media distortions about construction jobs this year, the Eagle editorial board today declared “Highway fund raids affecting jobs” citing data provided to them by Associated General Contractors showing that Kansas lost more construction jobs than any other state in July.  AGC members build highways and spend a lot money lobbying for more highway construction and they have every right to do so, but the data they provided masked what’s really happening and the Eagle dutifully jumped on the political bandwagon.

The Eagle did allow that “Construction jobs aren’t limited to roads and bridges, and declines in the oil and gas and agriculture sectors likely contributed to the job losses. But Bob Totten, executive vice president of the Kansas Contractors Association, said that raids on the state’s transportation fund are having a big impact.” 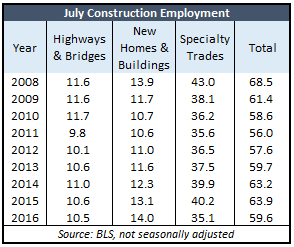 Had the Eagle bothered to examine Mr. Totten’s claim, they would have learned that only 2 percent of the construction job decline was attributable to highway construction[1] and that the loss of 100 jobs is less than 1 percent of total highway jobs.[2]

In addition to learning that Mr. Totten was grossly exaggerating, they would have learned that employment for construction of new homes and non-residential buildings showed very nice growth and the real problem is in specialty trade contractors for non-highway projects.

BLS defines this category as “performing specific activities (e.g., pouring concrete, site preparation, plumbing, painting, and electrical work) involved in building construction or other activities that are similar for all types of construction, but that are not responsible for the entire project. The work performed may include new work, additions, alterations, maintenance, and repairs. The production work performed by establishments in this subsector is usually subcontracted from establishments of the general contractor type or operative builders, but especially in remodeling and repair construction, work also may be done directly for the owner of the property.”

Journalists might wonder why these non-highway specialty jobs are down, not just in July but every month this year (see below) and on the heels of steady growth in prior years.  Jobs in the building construction category continue to show steady growth, but the BLS breakout for residential and non-residential isn’t available yet for 2016; still, there is unofficial information that could be gleaned from new home building permits and other sources.

Could the slowdown be attributable to uncertainty prompted by a deluge of calls for higher taxes from media and many candidates?  Is this a statewide issue or is it concentrated in certain geographic areas, and have those areas experienced city and county property tax hikes that might discourage remodeling or other construction?

Responsible journalists might not be able to say with certainty what is causing employment declines in specialty trades, but it would only take a few minutes to know that 98% of the July construction decline had nothing to do with the highway fund.  And they might also remind citizens that construction jobs paid for with more government funding either causes offsetting economic declines elsewhere in the private sector due to taxation or less funding available for other government services.  Those that profit from government spending often ignore the unseen consequences. 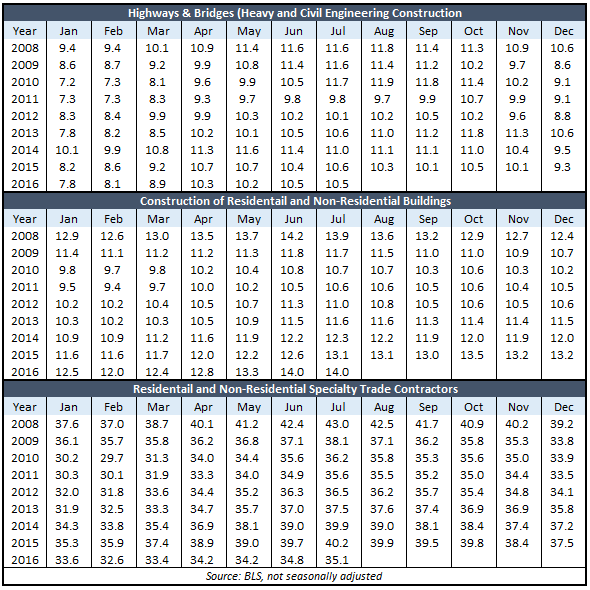 [1] Identified as Heavy and Civil Engineering Construction by BLS and defined as “construction of entire engineering projects (e.g., highways and dams), and specialty trade contractors, whose primary activity is the production of a specific component for such projects.”