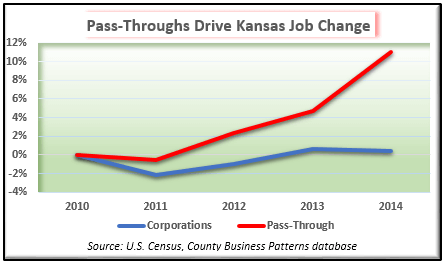 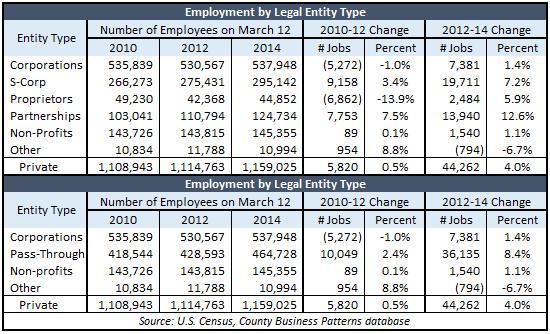 Census extracts data from the Business Register, the Census Bureau’s file of all known single and multi-establishment companies.  Data comes from a variety of sources, including the Economic Censuses, the Annual Survey of Manufacturers and Current Business Surveys, as well as from administrative records of the IRS, the Social Security Administration and the Bureau of Labor Statistics.[i]  Businesses without paid employees are covered by the Nonemployer Statistics series and are not included in CBP.[ii]

It should also be noted that proprietors and farm workers are excluded from the Bureau of Labor Statistics monthly reports, which means BLS labor reports understate true employment levels.  The Bureau of Economic Analysis (BEA) reports capture all employment types but BEA doesn’t publish monthly data.  The upcoming study from ASU’s Center for Economic Liberty will demonstrate that exclusion of proprietors and farm workers disproportionately affects Kansas in comparison to other states, as Kansas has a higher proportion of its workforce in those categories.

Many legislative candidates and media are calling for repeal of the pass-through exemption and while there is a legitimate fairness discussion including other forms of tax preference given to government retirees and businesses, this new data indicates that repeal could also cause significant job loss.