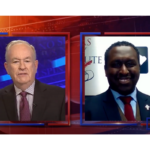 It is natural to want to wish away all the hardships and obstacles we face in life. Unfortunately, we know that life does not work out that way. There’s a cost for every decision we make. It applies to politics as well. President Biden & Governor Kelly believe a $1.9 trillion plan will do just that. However, history shows us there’s no such thing as a free lunch, and costs don’t go away because we refuse to acknowledge them.

President Biden’s plan intends to provide an ever-expanding wish list of “free stuff” with no awareness of the economic repercussions. I explored portions of this recently with Bill O’Reilly in a discussion about reparations. I am descended from Caribbean slaves and shared my thoughts that spending funds the government doesn’t have will do little to ease racial inequality. Not only did the New Deal or War on Poverty failed to eliminate poverty, in some ways, but it also exacerbated problems. Reparations would be the largest government handout ever seen and fail just as spectacularly. The Kansas Policy Institute helps government officials understand what Kansas families already know. Government can’t spend its way to prosperity or equality. Instead, it should empower people to be the best version of themselves.

These features of government handouts aren’t inherent to any one administration. It’s just how government works. The public isn’t made richer by paying taxes that are then partially handed back. Moreover, the federal government continues to spend money it does not have. The nation has roughly $30 trillion in debt or over $84,000 per person. It’s a bill that will come home to roost, setting the stage for tax increases for future American generations. Unfortunately, future taxes are not the only way people pay for excessive government spending and interventions.

Additionally, quality of life suffers when the political process replaces the economic one. There’s no better example than Kansas’s inability to stop unemployment insurance fraud. The federal government injected excessive unemployment funds into state coffers during the initial COVID bailouts. The state government hasn’t responded well. Many taxpayer funds enticed scammers to cheat the system and draw hundreds of millions in fraudulent payments. The influx of scammers effectively pushed Kansans needing unemployment help to the back of the line. Now, reports say some Kansans must wait two weeks to get a call back on their unemployment. Two, Governor Kelly’s implicit refusal to prioritize an economic reopening translates to a great demand for unemployment funds, making life harder for tens of thousands of Kansans.

President Biden and Governor Kelly have proposed a lot of “free stuff” to spur an economic recovery. Some include mortgage and rent intervention, free tuition, free healthcare through Obamacare expansion, and Medicare for all. No amount of free stuff can stimulate an economy, primarily as states and communities deal with the uncertainty of shutdown and COVID. The best hope for recovery is for government to let commerce resume and then get out of the way. For true equality and improved well-being, we must make good choices, find a job, work hard, and treat others with kindness and respect. These traits reject the lure of a free lunch and are the best preparation to pay the price and costs for every decision we make. Not coincidentally, they are only found in the human spirit, not a government office. Equality and liberty do not depend on how much free stuff government can buy.