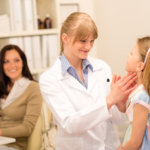 We’re able to better understand the “expansion” population by deconstructing the 150,000 Kansans statistic. Governor Kelly and supporters assumed that many Kansans would benefit from the taxpayer subsidy since 2016. However, evidence from other states shows the estimate is severely underestimated. Regardless, we will focus on the 150,000 Kansans claim. Using data from the U.S. Census Bureau and the Kansas Health Institute, we separated the expansion population into four groups.

The table below summarizes our findings.

Traditional Medicaid or CHIP, the service Kansas government currently provides, is a financial program that assists in medical bills for those without the means to help themselves. Medicaid is the program that comes to mind when we think of the term “safety net”. It’s a program that spends our tax dollars to help the hard cases. Qualifying Kansans include those physically or developmentally disabled, children, pregnant women, or families with income below 38% of the federal poverty line (FPL). The 150,000 expansion includes those who qualify for traditional Medicaid. Traditional Medicaid or CHIP can serve 23,000 Kansans or 15% of the expansion population.

Kansans who are eligible for the Federal Exchange – via ObamaCare – can receive a tax credit to offset the cost of private insurance coverage. The Federal Government provides this tax credit to Kansans with income from 100% of the FPL up to 400%. The tax credit is so substantial that, as an example, a single Kansan with no children working full-time at minimum wage can receive a credit of ~$350 a month with a monthly premium of less than $20. As an additional benefit, this program doesn’t cost state taxpayer dollars. The expansion estimate includes those who qualify for the Federal Exchange. The Federal Exchange can serve 26,000 Kansans or 17% of the expansion population.

About 31,000 Kansans either don’t have private insurance or are not eligible for traditional Medicaid or the Federal Exchange. However, there are still solutions out there. According to the Kansas Department of Labor, the job market has 30,000+ job openings that offer private health insurance. Additionally, a third of those job openings require a high school diploma or less. As for those with a job without health insurance aren’t without options either. They can qualify for the federal exchange as long as they earn at the poverty level.

Of course, there may still be Kansans who for some unforeseen circumstances could fall through the gap. However, there remain other solutions the legislature can take without settling for Medicaid Expansion. Let’s have a conversation on how the government can better assist rural hospitals to adapt to changing economic environments. Or let’s have a conversation about increasing the number of doctors, APRN, and other healthcare providers. With Medicaid Expansion potentially off the table, there’s room for a policy with minimal unintended consequences, unlike expansion. Far too long Medicaid Expansion in Kansas is treated as a hammer, viewing all problems like nails.

The government’s role is to serve those that can’t help themselves, and there’s evidence it’s doing such a thing already. The government shouldn’t be a hammer that goes around looking for nails in society and the private sector.