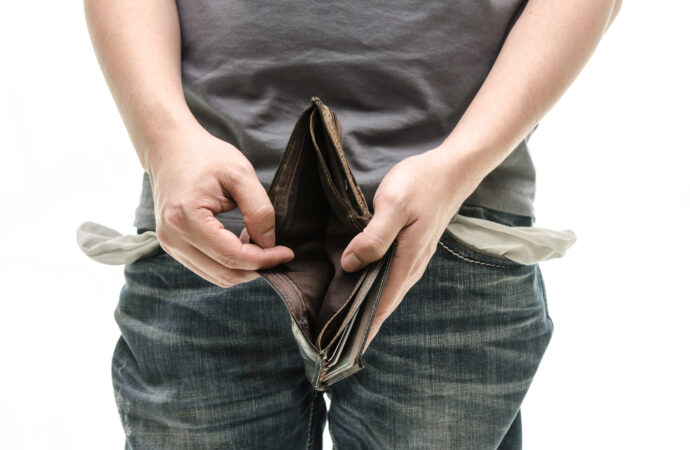 Truth in Accounting’s Financial State of the States for 2021 ranks Kansas 27th in fiscal health nationwide with an overall grade of a D. This rank is due to the state’s $7,500 burden per taxpayer to pay off its $6.7 billion in debt, including unfunded retirement benefit and pension plans. The state has “only set aside 66 cents for every promised dollar in pension plans and has no money for promised retiree health care benefits.”

As recently as August 2020, the state of Kansas has considered slowing its current input into the Kansas Public Employees Retirement System (KPERS) and delaying payments to spend elsewhere. A pension is a form of debt: if the debt isn’t paid off now, its size and the interest on it grows into the future. Pew Trusts notes that Tennessee, Wisconsin, and South Dakota, which remained about 90% pension funding alongside low contribution payroll rates from 2014 to 2018, did so by maintaining predictable and transparent cost-sharing features. These measures are resilient against boom-and-bust cycle budgets, which often mislead legislators about pension health. The boom-and-bust is seemingly a feature not of a bug of Kansas’ pension experience.

One solution to this is changing the payment system from one based on fixed statutes to one designed by actuaries and with less subjective input from legislators. Between 2001 and 2017, KPERS’ unfunded liabilities expanded by $4 billion due to caps on contributions and overall decreased contributions to the program. Furthermore, the majority of KPERS’ high rate of pension returns at 7.75% leads to misguided investment expectations. This excludes alternative pension plans for positions like police, firefighters, judges, and the cash balance plans put into place for new hires. Reducing these assumed rates of returns in tandem with better planning provisions could help keep pensions payments stable for the future.

The COVID-19 pandemic is a perfect example of how an uncertain future could derail healthy pension payments. Methods to prepare for these uncertainties in future pension plans include stress testing at the state level and cost-sharing plans between employers and employees.

With the state’s tax revenues seeing continued surpluses alongside ARPA funds hitting the state of Kansas and over $1 billion in aid to be spent, the state has the wiggle room right now to make important reforms and return to a normal schedule of payments. To be clear, this money isn’t an excuse for Kansas to continually enter a state of moral hazard by spending poorly and thus requiring a bailout. Instead, now that the money is here it should be put to the best, long-term use. The surplus money can be used to pay off the state’s pension debt. A practical solution for the issue of postponed payments would be to implement tax and expenditure limits (TEL’s) to rein in overall government spending. Using a formula based on population, inflation, or a combination of both, a tax expenditure limit could control the spending which diverts money from being paid into pensions. A TEL could work in tandem with actuarial pension plans to create a sustainable pension fund that’s untouched by politics. This would make it harder for future deficits as politicians divert out of the fund or dedicated payments.

Money was taken away from pension payments to respond to the COVID-19 pandemic; again, this is a feature, not a bug, as politicians think of the next election and doing something that feels good now, knowing that pension debt will come due on someone else’s watch. Crises create the need for a pool of “emergency money” the state can spend when necessary. Unfortunately, Kansas is behind on making this policy tool exist. Part of the issue is that Kansas has no sort of rainy-day fund to keep debt payments going during tough financial times. Since 2016, Kansas has had a statutory fund but it is ranked dead last in the country in Rainy Day Fund health according to the Tax Foundation because the state hasn’t put a single dollar into it. With consistently high budget surpluses in recent months, this coming legislative session could pay into the fund and create more stability for pensions and crisis spending in the future.

Crises, by nature, are unpredictable. But what the government can do is be prepared to respond while not jeopardizing the fiscal health of Kansans. With surplus cash, the state should consider completing its obligations by helping to resolve its pension debt now and in the future.