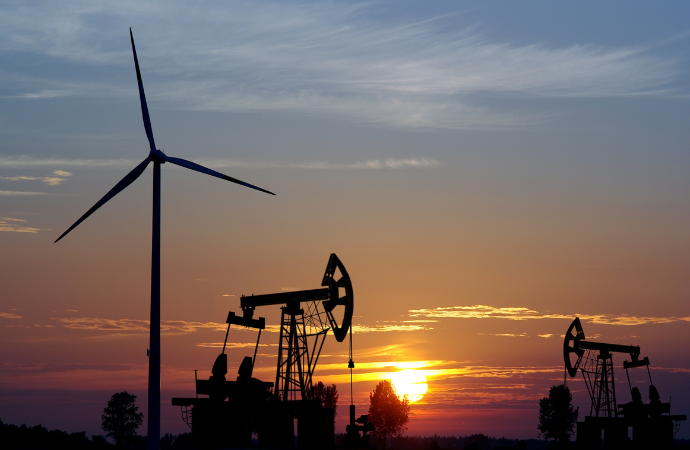 The current inflation crisis is a stark reminder to legislators that affordability and cost-of-living can’t be ignored in favor of other policy concerns. Similarly, as Kansas and the rest of the country continues to diversify its energy portfolio, legislators need to remember that there are a multitude of free market, pro-innovation policies toward clean energy that they can take advantage of – instead of relying endlessly on millions of dollars to prop up wind and solar industries.

Innovation and natural solutions to many issues are two of the many successes of a free-market economy. Business-friendly policies can incentivize and support the new businesses that are revolutionizing carbon capture, dynamic energy sources, and machines to clean up pollution in a competitive market that delivers the best product to the customer. As the Nobel-winning economist Elinor Ostrom studied, decentralized local communities are oftentimes more efficient in resource management than top-down planning.  This realization isn’t about the underlying climate science. It is recognizing that consumers and voters are driving – for whatever reason – companies and politicians to make decisions that include “carbon footprint” as part of the calculus. The question then becomes what, if anything, can Kansas do to let different energy sources succeed or fail without government subsidies and other cronyist schemes.

Wind and solar subsidies were originally passed to support the once costly development of their plants; however, times have changed since then. Over less than a decade, the cost of large-scale solar power has decreased by more than 85%, whereas the cost of onshore wind has fallen by 56%. In this decade, 90% of wind and solar plants will be completely cost-competitive with coal plants. Tabling if the initial reasoning even held water, it is clear that the rationale for keeping these subsidies is little more than gussied-up cronyism of a mature industry.

So what’s the issue with continuing these subsidies? A diverse energy portfolio is good to maintain a proper balance of affordable, efficient, and reliable production. Favoring wind and solar unbalances that portfolio and makes the entire grid prone to its weaknesses, such as highly situational (i.e., only if the wind is blowing or the sun is shining) power generation, difficulty with energy storage and movement onto the grid.

Unquestioned subsidies for wind and solar may skew the energy market away from other clean energy options – like hydropower and nuclear. Small-scale hydropower projects could tap into the 2.4 gigawatts (or roughly 874 wind turbines worth) of estimated potential hydropower energy in Kansas.

Nuclear power has the greatest potential for energy production, yet the solar industry alone receives 250 times more in the form of federal tax incentives than nuclear (not that any tax incentive is efficient, anyways). Nuclear is oftentimes put aside in favor of other projects due to a “high upfront cost.” From 1972 to 1990, the cost of nuclear plant construction in the United States quintupled. Yet, in South Korea over that same time, the overnight construction cost was halved, with the cost being even lower today.

The result? A third of South Korea is powered by nuclear, whereas in the U.S., that number is just under 20%. The reason for this price change is linked to incredibly high regulatory costs: an uncompetitive 80-month design approval process, $60 million in annual regulatory fees, and other licensing burdens to adopting more advanced nuclear technology. Much of America’s nuclear reluctance is rooted in Cold War-era fears about “the power of the atom,” but the data shows that nuclear is the safest power source available.

Every form of energy production includes some drawbacks – from high deployment costs, environmental effects, and waste production. However, carbon-induced climate change is a priority of governments, then nuclear HAS to be an option. If your concern is preserving natural landscapes or species, then solar and wind’s high amount of square footage, chemicals involved, and species harm must be considered. A balanced portfolio of energy sources can take all production options and minimize drawbacks while maximizing production.

Diversifying generation sources could help alleviate Kansas’s high electricity rates – sometimes as much as 35% more than in other states. Kansas has lost businesses to Oklahoma because of these problems. Part of the issue is uncompetitive rates from a few co-ops that aren’t subject to the same effects of profits and losses as a regular business. Multiple power options – particularly in areas that are underserved – could help lower transmission costs and thus lower rates.

Promoting other energy sources doesn’t mean just transferring subsidies around: in an ideal economy, there would be no subsidies picking and choosing winners over losers. As KPI testified on SB 347 last year, which would have eliminated property tax exemptions for wind and solar facilities in Kansas, exempting these facilities is passing on higher taxes to the communities they’re located in. These exemptions are a reason why rural Kansas communities face some of the highest property taxes in the country, further accelerating depopulation and creating an unhealthy tax environment for new businesses to move in.

Kansas should approach clean energy businesses equitably and through pick-a-winner subsidies.  Policies such as creating performance-based, streamlined regulations, lower taxes on mature businesses, and a more balanced approach to a new energy portfolio will give Kansas a stable future.