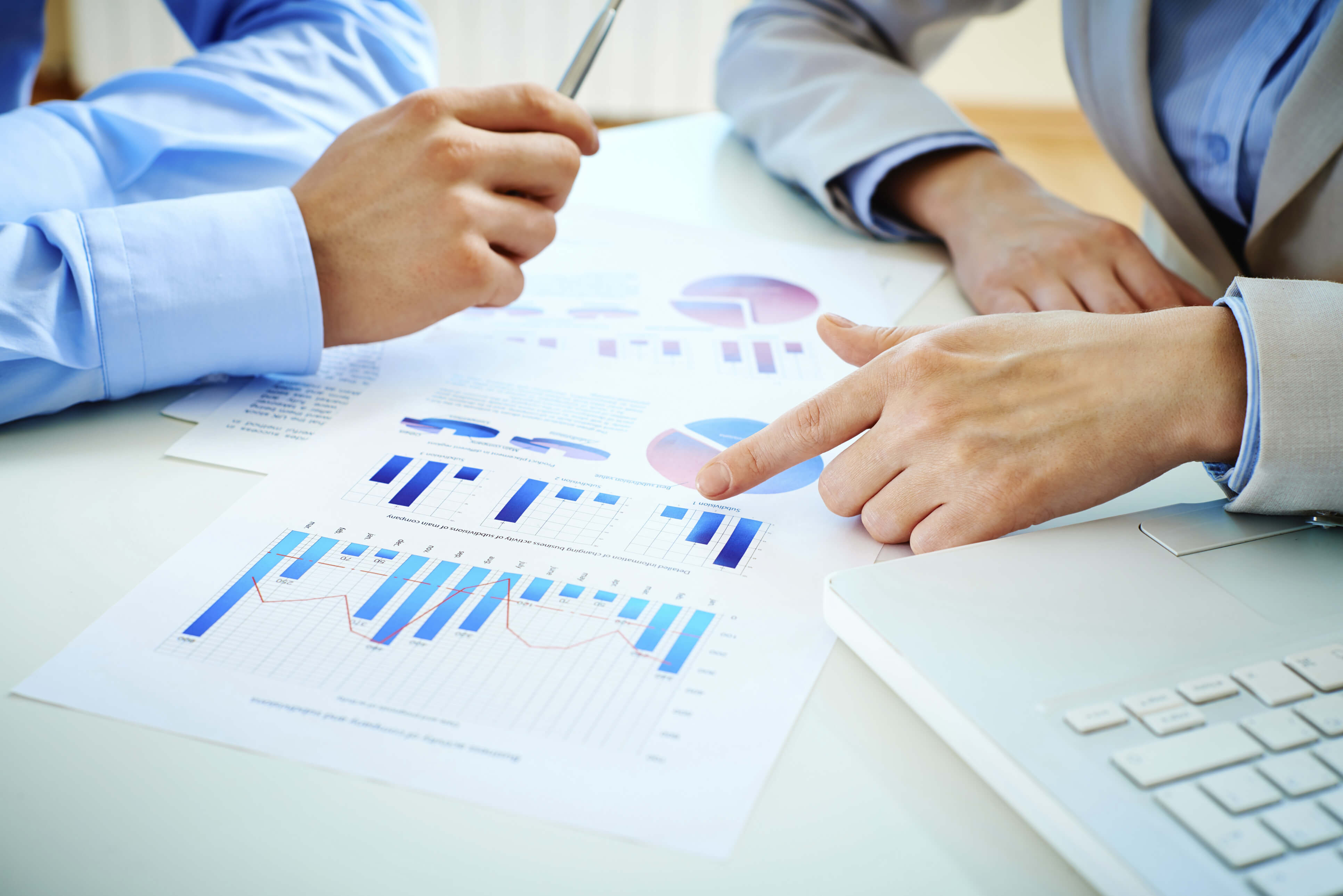 It is an undeniable truth that Kansas has far too much government for a state of its population and economic size. Kansas’s ranking as the 2nd highest share of local government workers per capita means too many family resources are devoted to maintaining bloated public sector budgets. Therefore, we created a tool for Kansans to compare all Kansas county budgets with the goal to undo this long-running trend. Fortunately, there’s plenty of opportunities for counties to cut back, maintain quality services, and provide prosperity for Kansans. 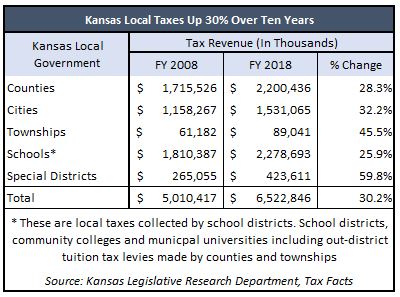 An analysis of Kansas county budgets has been long overdue. In the adjacent table, we recorded tax revenues from all Kansas local governments from 2008 to 2018. In 2008, Kansas sub-state governments collected more than $5 billion from taxpayers, and by 2018, those collections were 30.2 % higher at $6.5 billion. That’s a local tax burden of over $2,200 for every Kansas man, woman, and child. If we’re able to “flatten the curve” of Kansas county spending, then the local tax burden can be drastically reduced.

This analysis began by tabulating 2018 actual spending of all 105 Kansas county budgets. You can review the individual reports at the Kansas Department of Administration or see the report below. We combined those reports and grouped all spending line items into major categories. We classified spending items into

Kansas counties spent $2.9 billion (net of transfers) in 2018, with “General Government” as the largest fund. We then broke counties into six groups based on resident populations in the table below. The largest counties, generally, spend less per resident than smaller counties. However, there is no ordered ranking. In other words, the largest county group spent more than the county group of 30,000-100,000 despite having a larger population to disperse costs. 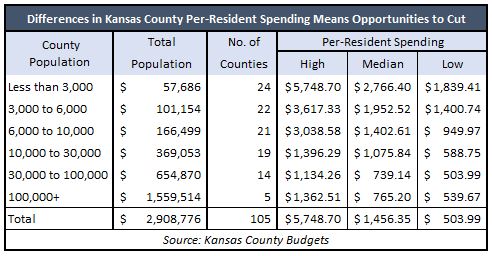 Additionally, observe the difference in per-resident spending within county groups. For example, the “less than $3,000 residents” county group has per resident spending ranging from a low of $1,800 to over $5,700. The “High,” “Median,” and “Low” comparisons give Kansans a chance to question their county commissioners on spending priorities and efficiencies.

Data from numerous sources clearly show that the states that spend less, tax less, and can grow more. However, that isn’t limited to the state government itself. The Bureau of Economic Analysis says eight of the ten most populous Kansas counties are among the slowest growing economies in the nation, and seven of the ten largest counties are above the 50th percentile in government growth.  Additionally, the Lincoln Land Institute also says Kansas has some of the highest effective property tax rates in the nation.

The only way to reduce tax burdens is to reduce government spending. Therefore, if county governments can save their residents thousands, or even millions of dollars, shouldn’t they pursue such ends? Taxpayers should hold localities to the same focus they give state and the federal government. Local control means Kansans are in control of their local government. This tool makes it easier to voice that control.