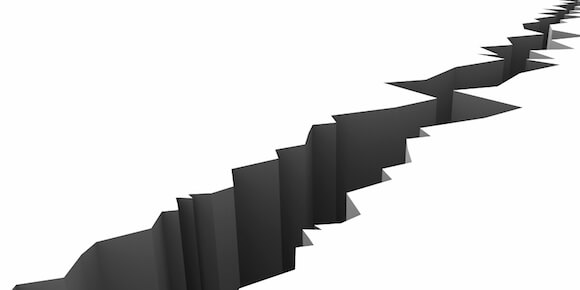 City and county officials often want Kansas homeowners and businesses to believe that they’ve “held the line” on property taxes. However, Kansans soon realize local officials spoke only of mill rates. Kansans’ property taxes continue to climb as local officials raise property valuations while not adjusting mill rates. The difference between that mill rate growth and the actual property tax hike Kansans pay effectively represents an honesty gap. Until lawmakers step in, the gap threatens to widen every year.

Here’s an example seen far too often in Kansas communities. Over the past 20 years or so, the Riley County mill rate rose by 20%. However, Riley County homeowners and businesses are paying 265% more in property taxes over the same period. That’s an honesty gap of 245%. Plus, that increase is five times faster than inflation.

Sedgwick County is another example. Local officials proudly proclaim their 2020 budget won’t raise mill rates. However, they fail to mention property taxes will rise roughly 20% by 2025 because they aren’t lowering the rate when valuations rise. To see the property tax difference of all Kansas localities, you can find them at KansasOpenGov.org.  Go here for city comparisons and go here for county comparisons.

Recently, Governor Kelly’s Council on Tax Reform recommended Kansas lawmakers fund the Local Ad Valorem Tax Relief Fund (LAVTRF) with hopes it will lower local property taxes. However, what Kansans may not know is that financing the LAVTRF failed 15 years ago and will likely fail again. In the last five years of a fully-funded LAVTRF, county property tax growth averaged 7.5%. Without LAVTRF, county property taxes ‘only’ averaged a 4% yearly increase. State money to the LAVTRF increases the state’s deficit, putting more pressure on sales and income tax increases.  It also lessens the need for local officials to do the tough work and find ways to save taxpayer money. 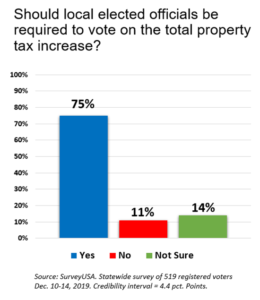 Kansans understand that it doesn’t matter if their property tax bill is higher because of a mill rate change or a valuation increase. At the end of the day, the amount owed goes up. Folks simply want their elected officials to be honest instead of hiding behind this mill rate v. valuation gap.

The lack of accountability is primarily the reason why Kansas rural property taxes are the highest in the nation. It also explains why property taxes are growing 2.7 times faster than inflation and population growth. The consequences run deep, and the real work in providing relief must come with a sense of urgency. The best way we can address the property tax honesty gap in our local governments is a clearer understanding of how our tax dollars are spent.