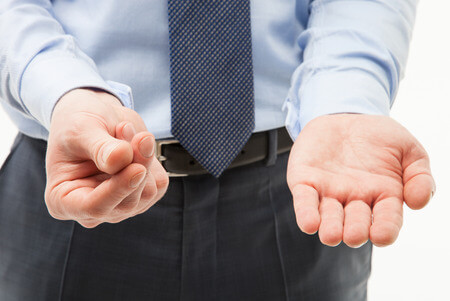 There’s a good chance Governor Kelly’s new tax council will recommend exactly what she wants, more tax increases to support another record-setting budget. These appointed special interests on the council may focus more on increasing their share of the taxpayer dollar pie at the expense of Kansas families looking to earn a living. Keep in mind; this tax “debate” takes place despite many tax increases and a slow-growing economy.

Despite Governor Kelly’s calling the council “bipartisan,” there are no fiscally-conservative, university tax policy experts. There is also no general business community (full membership list here). Instead, 80% of the appointees represent a government or an organization dependent on taxpayer subsidies. This council strongly suggests endeavors that will channel wealth from other Kansans to the interests they represent.

Duane Goossen was the Secretary of Administration under Governor Kelly and was also a state budget director in previous administrations. Kansas faced charges for securities fraud from the Securities and Exchange Commission during the time Duane Goosen was budget director in the Sebelius/Parkinson Administration. Steve Morris was the architect of the 2012 “Brownback” tax cuts during his tenure as Senate President. In 2012, Steve Morris drastically altered the original tax plan by substantially lowering rates and eliminating its pay-fors. Sen. Morris’ effort effectively made Kansans’ opportunities for low sustainable taxes harder to realize.

Based on prior actions taken by appointees, we can reasonably predict the tax policy recommendations of Governor Kelly’s tax council. This council will likely not recommend any one of the following.

We know these changes are essential because lower taxes create more opportunities for Kansas families to find work.

At first glance, it may be unclear whether the council’s tax proposals are good policy for Kansas. However, any government policy that gives short-term gains to a small group of people instead of providing long-term prosperity of the general populace, will eventually run counter to the interests of those who favor it. Unfortunately, the work of this council will almost certainly do more harm than good in both the short- and long-term. 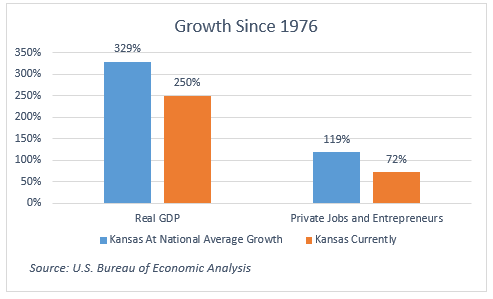 The tax council will likely speak to a return to a “three-legged stool” of tax policy. Any message wanting the return of a “three-legged stool,” is a message wanting more from your paycheck. Unfortunately, income taxes are the most economically harmful tax as it discourages work and the drive for individual prosperity. After the record income tax increases of 2017, the Kansas economy stumbled. For the 28th year in 4 decades, Kansas grew slower than the national average. Government sales tax revenues show a decline in Kansans’ purchasing power and overall happiness. If Kansas could grow at the national average, Kansas households would have substantially more take-home pay. If Kansas grew at the national average, there would be roughly half a million more private jobs and startups. Instead, the only economic sector consistently growing faster than the national average is state and local government. 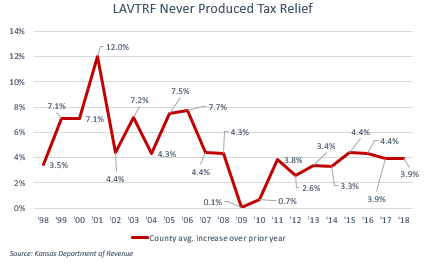 With rural property taxes being the highest in the nation, any approach towards relief is a paramount concern. It’s likely the council will seek to lower local property taxes by increasing state aid to the LAVTRF. Local governments have called on the state legislature to restore funding to the property relief program. However, property tax increases were higher during the years of high LAVTRF funding. The evidence is clear; this is not a solution for tax relief.  Besides, Kansans are both local and state taxpayers. With excessive government spending, funneling taxpayer dollars to lower taxes for one government leads to tax increases by the other.  Increasing state aid to local property tax relief will shift the burden to state sales and income tax. There’s no such thing as a free lunch.

Governor Kelly’s appointees in tax policy have a record more focused on growing government than growing the Kansas economy. Kansas is in its fourth decade of economic stagnation, with hundreds of thousands of jobs & entrepreneurs mostly sidelined. Instead, the Governor assembled a team of like-minded individuals to support her mission of unchecked government growth regardless of its effect on the private economy. When a tax policy council represents government interest and taxpayer-funded generosity instead of the people’s general welfare, taxes have nowhere to go but up.