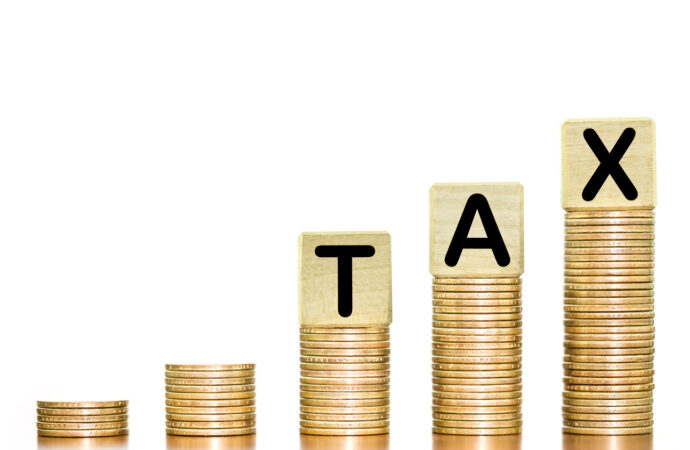 This past week was “veto week” in the Kansas Legislature: the time to “make it or break it” for the dozens of different proposals that have floated this legislative session. While some tax relief is already on the way, legislators have until the end of May to provide more.

While the state is projected to see a $3.1 billion surplus in July of 2023, it’s important for legislators to not rapidly expand government or offer tax incentives with no consideration for future revenue or spending. The gradual elimination of the tax allows for more planning. Since the Sebelius years, if not long before that as well, Kansas has seen boom-and-bust budgets with massive surpluses turning to deficits and tax hikes because of irresponsible spending. The largest tax hike in state history happened in 2017 in response to unbalanced spending growth amidst the Brownback tax cuts (which themselves were motivated in part by a high surplus). Time will tell if future legislators have the discipline to reign in spending instead of just raising a tax someplace else.

Tax-and-expenditure limits, like those proposed in Kansas Policy Institute’s Responsible Kansas Budget, are a potential solution to these shortfalls. Depending on how stringent the legislation, or constitutional change, is, it could slow the growth of a state budget by between .75 to 1.11%. The outcome of more control over government growth? On average, states with TELs implemented have higher gross state product growth, personal income growth, and population growth.

The calendar of this legislative session is different than many years. While there is a scheduled break each April before the usual 1-to-2-week Veto Session, this year will see last week’s Veto Session paired with another Veto Session starting May 23rd. The legislature will be “off” until that week.

HB 2136 is one of those bills that may be decided in a few weeks, and currently includes provisions to expand the power of Kansas’ Insurance Commissioner to investigate registration and licensure applications while limiting the ability of a Utilization Review Advisory Committee from the direct utilization review process. The bill also removes a requirement for auto clubs to obtain a certification of authority.

As Kansas Policy Institute researched in our Streamlining State Regulations report, Kansas should strive to reduce administrative burdens on people and businesses. Limiting the purview of the Advisory Committee and eliminating often arbitrary standards on whether a company can “do business” are two ways to reduce unneeded oversight. Something more like the substitute for SB 34 which requires a regulatory review every five years is also good policy.

However, the provision to give one person the power to dominate investigations and regulatory review could lead to inefficient administration. Instead, independent, bipartisan commissions are often the most effective and impartial ways to balance economic growth and regulations.

Unfortunately, tax relief through the current version of HB 2597 wasn’t voted on last week  – and not voting on this legislation May 23rd means a lost opportunity for tax relief. The bill would have gradually eliminated the state income tax on Social Security as well as reduced the income tax on retirement accounts – two measures that would have addressed Kansas’s ranking as the third worst tax state for retirees. Similarly, increased standard deductions, property tax relief for business shutdowns, and elimination of the sales tax on commercial utilities all would assist in keeping Kansas affordable amidst high inflation.

The simple fact is that states that tax less grow more. According to our 2021 Green Book, Kansas had the 15th highest tax collections per capita compared to other states to support the state’s 13th highest rate of government employees per capita. Rural commercial and industrial properties see the highest property taxes nationwide. Simultaneously, Kansas spent 42% more per resident in 2019 than states without an income tax. Providing services at lower costs is what allows some states to tax less, and Kansas has ample opportunity to do so to eliminate the coming budget deficit.

Legislators should thus have their eyes on long-term relief. An OECD study reports that after corporate income taxes, personal income taxes are the second most harmful tax to economic growth. Small rate reductions to personal income taxes in Kansas would make the state more attractive for domestic migration.  Currently, Kansas has the highest effective tax rates on mature tech businesses: reducing these rates is much more fiscally responsible than multi-billion dollar subsidies. While current legislation will help, Kansas needs to think more ambitiously about its tax system to remain a competitive state for business for the future.